The amount of online refund of the Income Tax went up

The income tax benefit (IR) applies to individuals and legal entities that have a balance of up to $ 10,000 and $ 5,000, respectively.The General Director of the Internal Revenue Service (SRI), Leonardo Orlando, yesterday presented the 2017 Income Tax campaign.

The declaration of this tax must be made from March 10 according to the ninth digit of the identity card or RUC.From the 7th of this month, the SRI will make available the new versions of online forms 102 and 102A for the presentation of the IR declaration of the 2017 fiscal period of natural persons whose annual income exceeds $ 11,290.

Taxpayers can calculate their annual expenses and the tax payable by entering the corresponding annexes into the system.The statement can have three results: a value to be paid, a balance in favor or be totally square.For those who have a balance in favor, Leonardo Orlando announced that the amount of the Internet refund was increased to $ 10,000 for individuals and $ 5,000 for companies.

Regarding the main normative changes to be considered for the 2017 declaration are the exemption of the IR for those people whose disability is equal to or greater than 30%; the inclusion in the box for the deduction of personal expenses for art and culture, and expenses for organization and sponsorship of artistic events and promotion of the arts.

This year the SRI expects to receive 650,000 tax returns from taxpayers.The head of this state portfolio explained that 10 years ago the IR collection of natural persons was $ 39 million, in 2017 it reached $ 175 million and this year they expect to receive $ 177.2 million (without considering withholding tax), of which $ 100 million will be collected in the month of March . 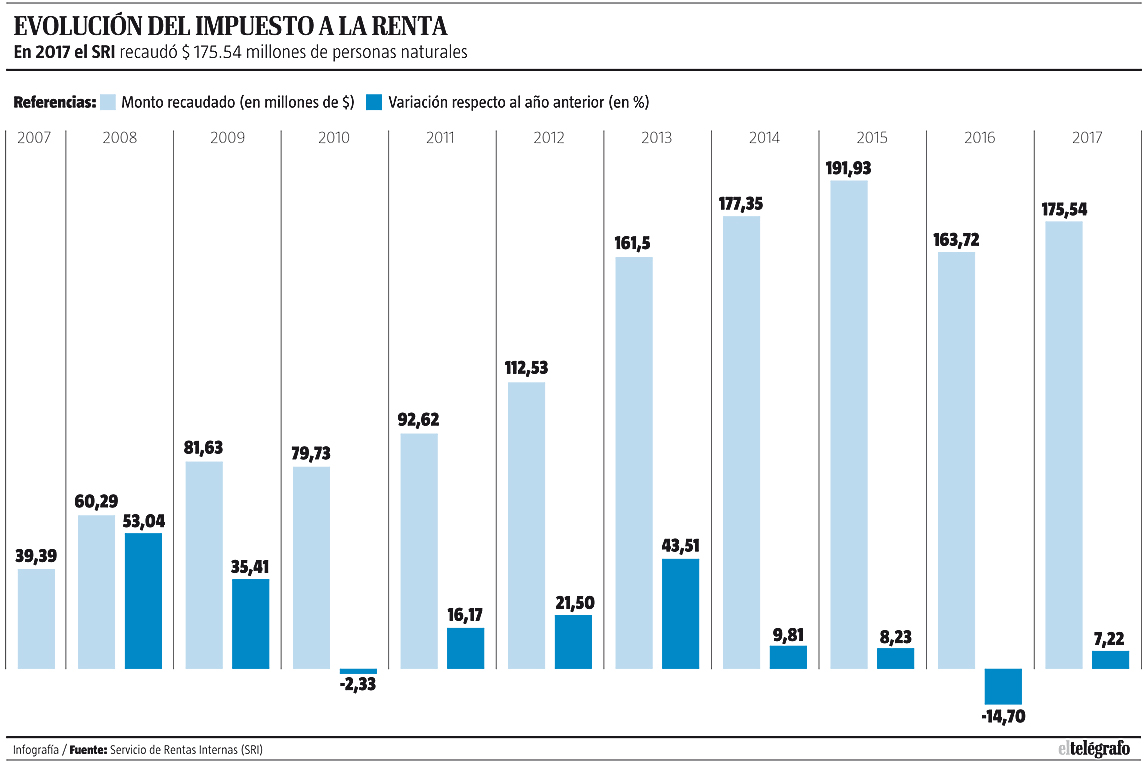 More than 80% of the SRI services are online. In the page of the entity you can access the appendices of personal expenses, IR declaration online, access to information reported by third parties of illegal invoicing, access to tax data queries, declaration of Value Added Tax (VAT), information of third parties in terms of withholding and electronic invoicing. This year the SRI will hold 827 events to train 17,000 citizens nationwide. (I)