The arrival of unmanned ships, in the agenda 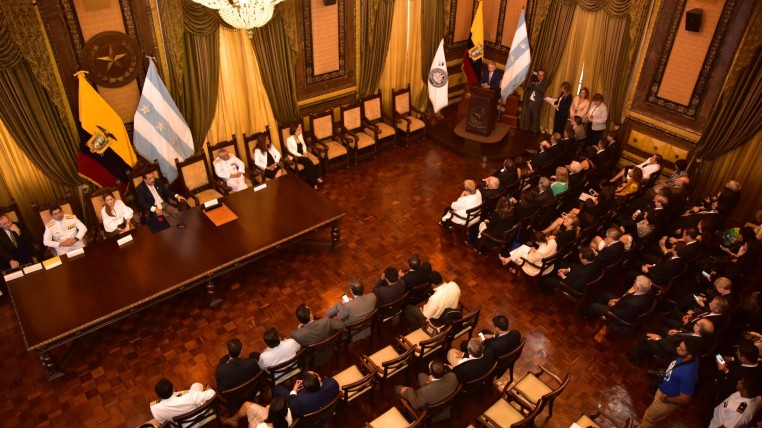 The arrival of unmanned, drone or robotized vessels is not a distant reality. And yesterday, during the opening of the International Maritime Law Congress that ends tomorrow, Guayaquil, the port city, put the issue under debate.

Mayor Jaime Nebot mentioned it during the inauguration of the event, where he also spoke about the importance of ports and the dredging of the canal: “Unmanned ships are not so far from unmanned aircraft, which already exist, and from vehicles , that also exist “and put it in context. “We must correct the uniformity of international maritime law,” he said to officials, sailors and authorities.

And that’s what the Ibero-American Institute of Maritime Law is looking for, which is chaired by a man from Guayaquil, who is a sailor´s descendant, José Modesto Apolo. He warns of the need to modernize the 1906 legislation, which still talks about sailing boats, tides and the winds.

It is Jorge Radovich, from Argentina, expert in Maritime Law, who gives details to EXPRESO Diary. It’s not science fiction, he says, there are already unmanned ships including military; For example, Israel has armed ships that have generated protests from Palestine.

There are others, for example, for measuring the oceans temperatures and, in the short term, they will be used to transport cargo. There are already three well-advanced models: one from Rolls-Royce, one from a Norwegian company and one from China.

“That brings a series of problems, that’s why we must regulate in the Latin American waters; what concerns me the most is the transport of nuclear waste”, says Radovich.

The European Commission approved the Maritime Unmanned Navigation through Intelligence in Networks, project of a robotic merchant ship.

The Rolls-Royce Blue Ocean development team is running a virtual reality prototype at its offices in Alesund, Norway.

This system will allow cost savings. These unmanned drone ships would be safer, cheaper and less polluting to the environment for shipping, of $ 375,000 million dollars that mobilizes 90% of world trade.

The law is an obstacle

The rules of the Maritime Law, prolix and of international character, suppose a barrier. It is impossible to start a prototype that can be commercialized due to the forcefulness of the conventions of the International Maritime Organization and others. (I)