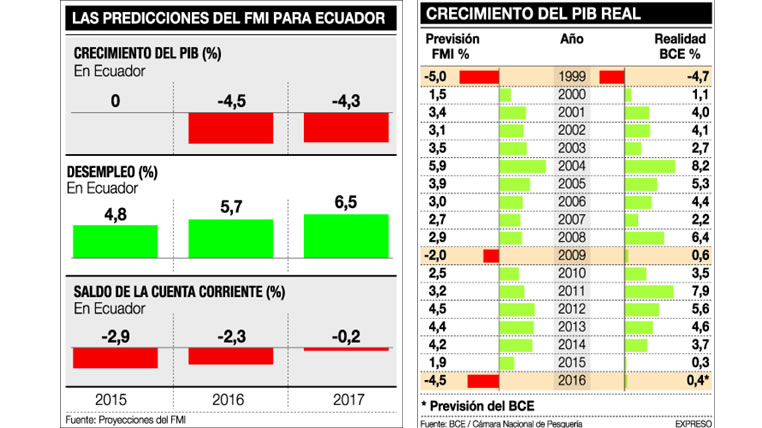 There are two contrary figures. The State Budget is badly done. It records accounts as investments, although these are current expenditure. Nor debt is recorded as well. What figures are seen by the IMF, but not by Ecuador?

The IMF provides an overview of all. Ecuador has a Ministry of Finance and other institutions for the management of resources and the budget. The overview is political and technical, low oil prices affects everyone.

Ecuadorians know that we are in crisis and an 80% recognizes this. The government refuses to accept the economic downturn, not only by the drop in oil prices, but by the statist model that has proven to be a failure.

The IMF assumes that the government will make an additional cut of $ 6,000 million, ie 7 GDP points. As a result of that, the decline comes. That is the economic program proposed by the Fund but it is not the Government’s program.

Every day is more difficult for the government to fulfill its program by the lack of resources. The figure for economic growth of the regime does not match the reality. The government painted the town red and did not save.