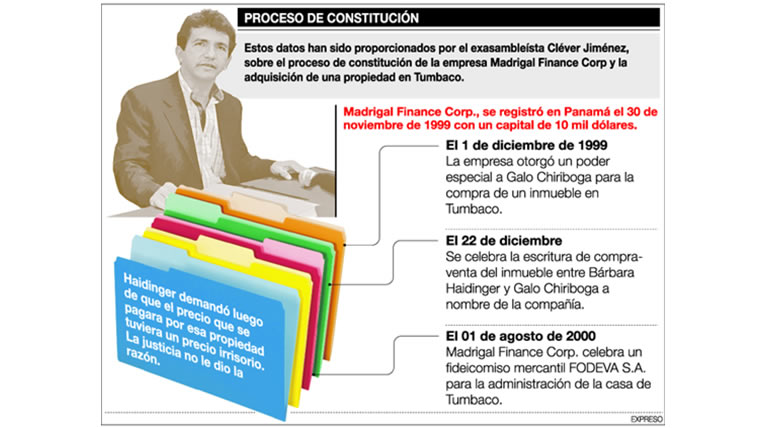 That is the time it will take to the Government Accountability office to investigate the assets of Attorney General Galo Chiriboga.

The boot order for special examination was issued on April 7. Four days after Madrigal Finance Corp., Chiriboga´s company, appeared in the records of the Panamanian law firm Mossack Fonseca, in the ‘Panama Papers’ case

The agency´s action has two objectives: to determine compliance with the legal provisions associated with the estate declarations. And, to verify if changes have been made in his net wealth, assets and liabilities, and that these are consistent with the lawfully earned income.

Former Assemblyman of Pachakutik, Clever Jimenez, said yesterday to this newspaper that the Attorney did not do the first thing. Ie declare the existence of a company and a trust fund in Panama, by which he purchased his house located in Tumbaco, inQuito northeast.