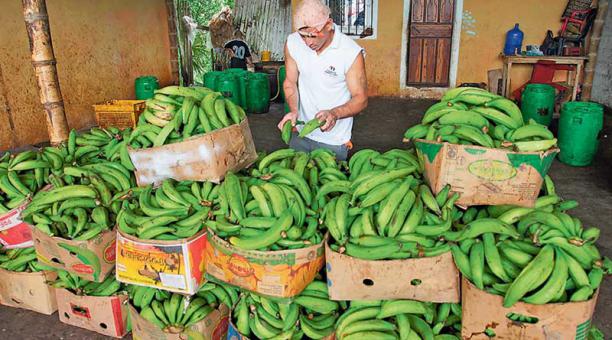 Banana plantation export producers from El Carmen (Manabí) and Santo Domingo de los Tsáchilas are affected by the fall in the price of the product and diseases such as sigatoka, which attacks the plantations. Farmers pointed out that the price of the barraganete box remained at USD 8.30 last year, but since January it has decreased to USD 3 and 5; Each box contains 52 pounds.

According to the National Federation of Plantain Producers of Ecuador (Fenaprope), the official price is USD 7, 30. But exporters and intermediaries buy the farmer at a lower price. “In winter, the harvest yields more than in summer. That is why the producer sells at less price so that overproduction is not damaged, “said Luis Loor, president of Fenaprope. Farmers argue that selling at less than USD 6 only leaves them with losses. Felipe Zambrano, for example, produces 100 weekly boxes on 10 hectares cultivated in the El Porvenir rural area, in the canton of El Carmen. 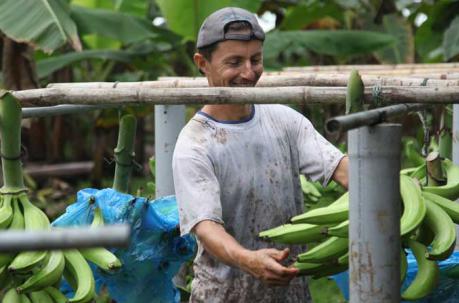 The farmer says he invests weekly at least USD 300 in freight, fertilizer, five workers, among other items. In addition, it must fight against sigatoka, a plague that leaves black streaks on the banana. “In pests I spend USD 100 and in fertilizers, freight and workers are 200 more. But they only pay me USD 315. “That made him have to fire the employees and ask his family to help with the cultivation. Similar situations go through some 8,000 producers of these two provinces, the largest producers in the country.

It is expected that the operations begin next week, led by technicians of the Internal Revenue Service, Superintendence of Market Power Control, Intendancy and Agrocalidad. The merchants and exporters indicated that they will also request a meeting with the MAG, so that the price can be analyzed according to the international market.

The exporter Víctor Granda said that he sends less product to Colombia. Weekly exported 100 000 boxes, but since this year, only 60 000 are sent. “Because of the quality of the Ecuadorian product, Colombia re-exported it to Venezuela, but that destination was closed by the economic crisis.” Minister Flores said at that meeting that work will be done on a feasibility study for the installation of a processing plant for chifles, patacones and other derivatives. But six more plants of that type, developed by the Prefecture, already operate in Manabí.

In addition, there are 66 private workshops that elaborate chifles and patacones, and 33 workshops that make banana flour, with the support of the Prefecture. But according to the producer Limber Cedeño, it would not be a definitive solution, because there is surplus in the production destined to export.

“Thousands of dollars are lost in a few hours without energy”

Resolutions of the Ministry of Economy shield access to debt documents