No one knows exactly how or when it arrived in Galapagos, but the blackberry has become one of the invasive species that most threatens the ecosystems of the archipelago due to its aggressiveness, the conquest of the soil, the closure of roads to fauna and the injuries it causes. to the animals. 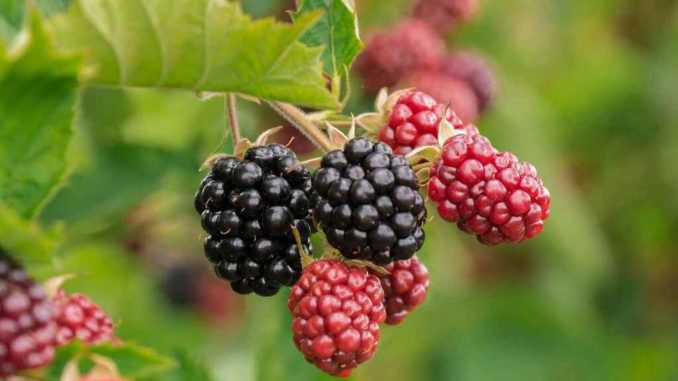 Visible in many parts of the Ecuadorian islands, especially in the higher ones, this type of plant, apparently brought at some point in the 70s or 80s of the last century for agricultural purposes, has become a real problem for the ecosystem.

«On the continent it is a species that is found in a natural state and has others with which it competes, so it is not so aggressive. But, in Galapagos, the problem is that when it was introduced, it had no competitors and it occupied an empty ecological space “, Diego Ortiz, an ecology and molecular biology researcher at the San Francisco University of Quito (USFQ), explained to Efe.

EL MANTO CONQUISTADOR
Coordinator of the “Barcode Galapagos” project, which for a year has been collecting evidence of land and water to inventory the flora and fauna of these exclusive volcanic islands, Ortiz warns that “the blackberry plant covers the terrain of all the places’ in which it is spread.

“It creates a mantle on the surface and also under the ground, which prevents other endemic species from developing,” he asserts.

The most profuse Galapagueña blackberry -there are four types according to the database of the Charles Darwin Foundation- responds to the scientific name of “rubus niveus” whose origin is located near the Indian subcontinent.

It apparently arrived in the archipelago for agricultural purposes when the impact it could have was unknown, nor was there – as there is today – advanced scientific knowledge to foresee its consequences, as well as strict biosanitary control to prevent the entry of invasive species.

Its seeds, according to the Charles Darwin Foundation, remain viable in the soil for at least four years (other studies claim ten), and are spread by rodents and birds that feed on its fruits.

And what is even worse, its density can reach 7,000 seeds per square meter, according to the “Galapagos Conservation Trust.”

BIODIVERSE ISLANDS
Located about a thousand kilometers west of the continent, the Galapagos archipelago is made up of thirteen large islands, nine medium ones and 107 islets, and giant tortoises, finches and albatrosses circulate around its lands, with an explosion of animal and plant life without comparison.

Due to its biodiversity and the fact that many of its species are unique, the Ecuadorian authorities maintain strict control to try to prevent the access of any invader, although it is to some extent a fight lost beforehand.

A shoe sole, a tourist’s suitcase, or the hull of any ship can spread any seeds or bacteria, and wind, water and the action of other animals are not exempt either.

The “Barcode Galapagos” project, launched by the Galapagos Science Center (GSC), the San Francisco de Quito University (USFQ), and with the support of the British University of Exeter, serves, among other objectives, to detect the progress of the it dies, because its tests in the field show where it is spreading and how.

“The blackberry grows in a very exorbitant way, it covers a large area of ​​land in the upper part, not allowing light to reach other seeds and that they can germinate,” Ortiz abounds while supervising a wild field in the upper part of San Cristóbal Island , the easternmost of the Galapagos.

Under the ground, he says, its roots form another blanket like a “network” that does not allow “other plants to develop.”