The border: drug trafficking is the main threat 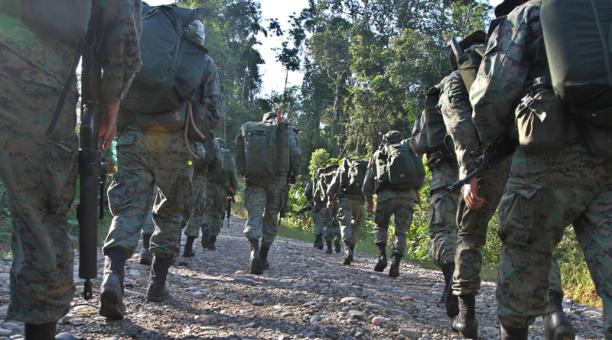 Peace was made official on September 26, Colombia and Ecuador are getting ready for the post-conflict. The government of Rafael Correa envisions two scenarios after 52 years of war in Colombia. On the one hand, local authorities, based on previous processes of demobilization, estimate that 30% of guerrillas may not lay down their weapons and activate criminal groups, with repercussions on security along the border.

“Peace can generate other kinds of problems and we are getting prepared to face that scenario,” said Correa on September 26, before traveling to Cartagena, tge city where the end of the conflict was made official. What are those eventual problems? General Javier Perez, head of the command of education and doctrine of the Land Forces, warned that other armed organizations such as the National Liberation Army (ELN) or the so-called organized armed groups can occupy the territories the guerrillas will leave and that “possibly generates displacements to our country.”

Ministry of Labour takes a step back in the ‘Hoy’ case