The Capwell Stadium awaits for its reopening party 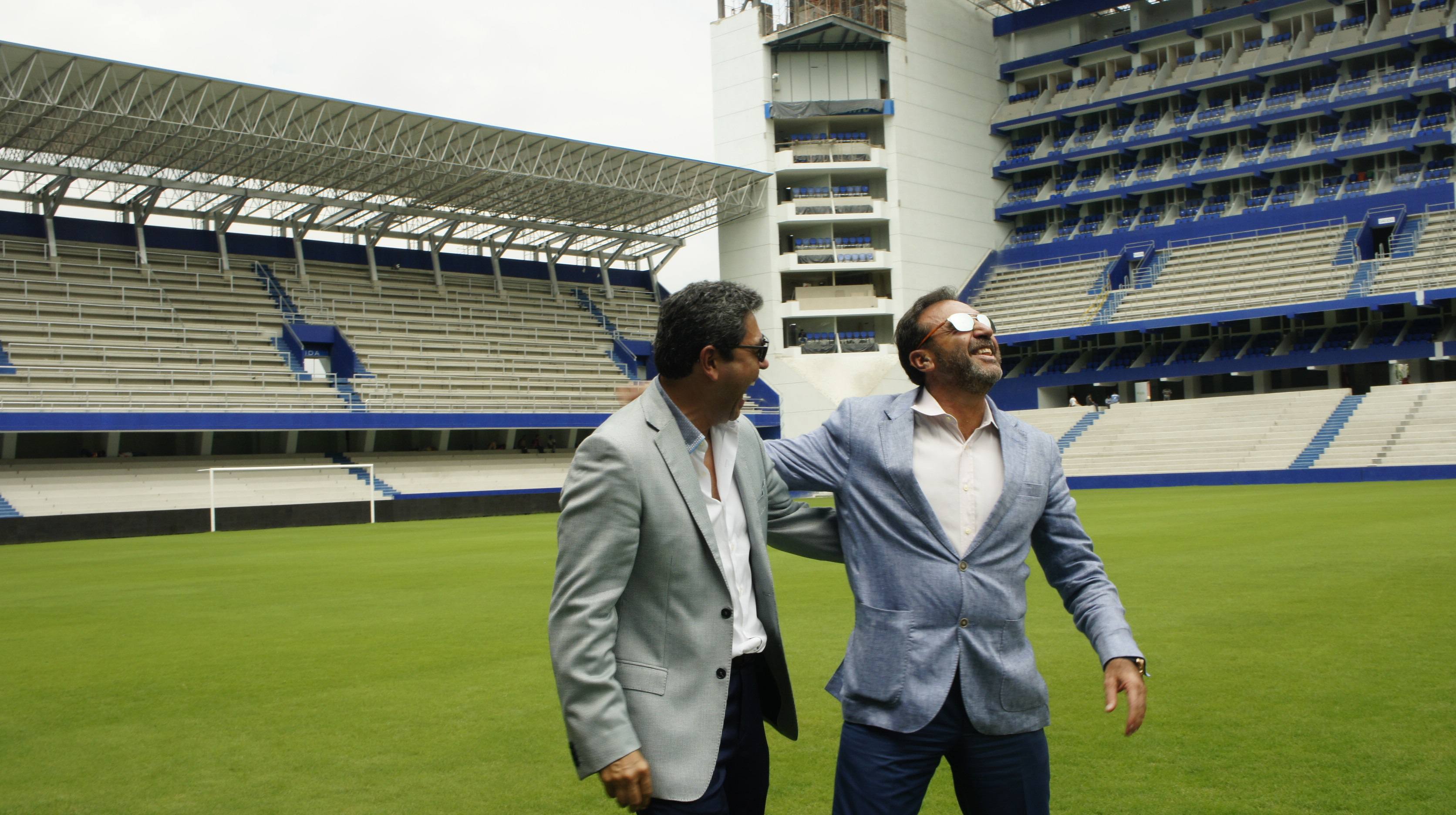 The faces of Emelec´s managers reflect joy. Despite the hustle and bustle of the organization of the party for the official reopening of the Capwell Stadium, scheduled for February 8, the electrical leadership is happy to see the materialization of the remodeling works that lasted almost two years.
The details are still missing, but the new locations are ready to accommodate 36,000 people, for the match against New York City (NYC FC, MLS) scheduled for 20:00.

“NYC FC is an international elite club,” said the club president Nassib Neme yesterday in a press conference in which he was accompanied by other board members such as Edmundo Vejar (vice president), Marcelo Alvear and Agustin Salavarria. Alvear highlighted the activities that have been scheduled for the reopening act, which will begin at 18:20. The stadium doors will open at 16:00.

“We have organized a special event. It will be a spectacular event from start to finish. Before the game, a 360-degree projection will be made, including the soccer field, something that has never been done in the country before,” said Alvear.
The director refers to a presentation similar to the closing ceremony of the Rio 2016 Olympic Games. “This is organized by Hidemasa Nakamura, whom we have hired to do the design of this presentation. We do not want to advance many details, because we want this to be a surprise,” Alvear concluded.

Barcelona wins its 15th victory in the National Championship

The national team of Surf wants to conquer the French waves