With an investment of $ 10,000 and in a small premises of 20 square meters, Christian Fierro and his partner started almost seven years ago with their first cafeteria in a club on Samborondón avenue. 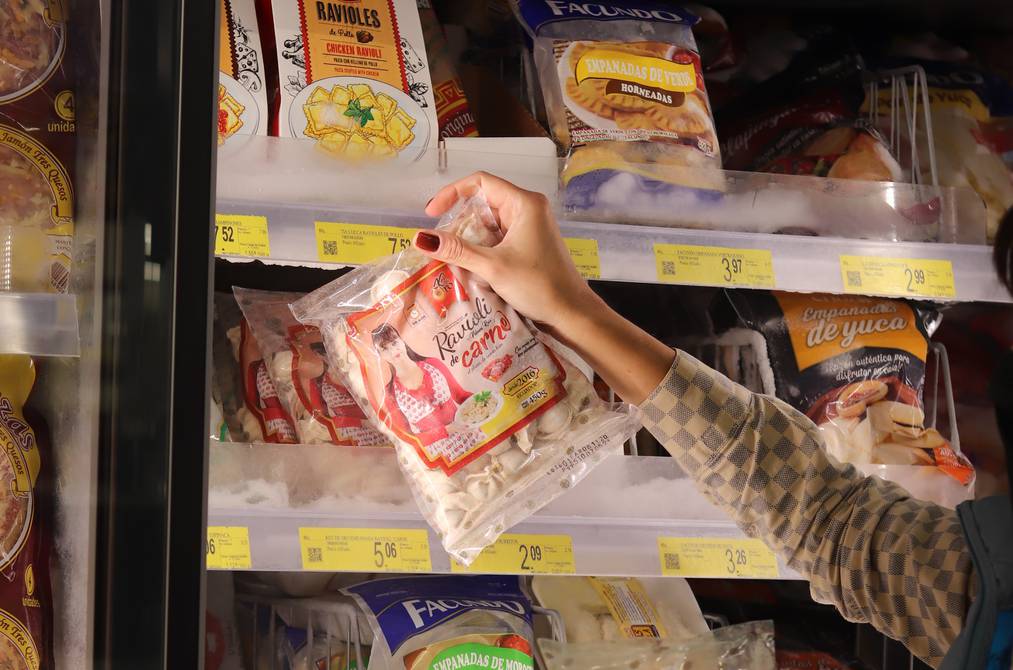 It was a small breakfast venture that started with bolón and green tortillas as its star dishes. Little by little they were gaining customers and consolidating their products under the Sambolón brand.

From the beginning they tried to gain acceptance for the product by using an appropriate raw material. Fierro says that one of the advantages they have is that the green comes from his wife’s relatives’ plantations, something that allows them to work with a better selection of the product.

Currently the business has four stores and a year ago Sambolón decided to take a leap beyond its stores: to venture into the line of frozen products, ready to eat. It was an idea that they began to analyze two years ago.

After the recipe tests, the sanitary permits that they had to comply with and the adjustments to the frozen food plant, Sambolón arrived a year ago in supermarkets with a line of green tortillas. And four months ago it began its offer with four variants of frozen bolones.

“We have done well, sales are increasing little by little,” says Fierro, one of the three partners that Sambolón has, who plans to gradually add more products to its frozen food line.

The sale of ready-to-eat frozen products has been gaining more space in self-service refrigerators. The brands known as Facundo and Pronaca, which have various items in this category, have been joined by others that belong to medium and small companies.

Before the pandemic, frozen products had gained ground in the region, but forced confinement brought opportunities. A study by Euromonitor International reports that in Latin America, sales of packaged food reached a growth of 8% last year compared to 2019.

Kirill Kostyuchenko, a member of a Russian family that resides in the country and is in the frozen pasta business, indicates that the Ecuadorian is learning to consume this type of ready-to-serve products and is open to trying flavors, especially in Guayaquil and Quito.

The Kostyuchenko started with a Russian fast food restaurant in a Cuenca shopping center. And in 2016 they decided to set up a factory to produce pelmeni, a traditional Russian cuisine pasta that is made with a filling of small meat balls. The plant that has Italian machinery and refrigerated rooms can produce up to 150 kilos per hour.

The product, which requires a 10-minute preparation, is sold in supermarkets with the Russian style that is made with meat, but also in three other versions that were created for this market: cheese and spinach, chicken and chicken with mushrooms.

As pelmeni may not be familiar to an Ecuadorian, it is identified on the packaging as ravioli. Kostyuchenko indicates that the cheese and spinach variant is more widely accepted.

There are plans to introduce a shrimp variant. In addition, they are analyzing the proposal of a buyer who wants to take the product to Colombia and Peru.

The supply of frozen and unfrozen fruit pulps continues to expand

The line of frozen fruit pulps, which are used to make instant juices, is another area that has grown with new competitors. About a dozen brands of frozen passion fruit, blackberry, and soursop pulps are sold in Guayaquil’s supermarkets. Brands such as IceMan, Tropikeo, Fruteiro, JugoFácil, among others, compete in this area.

But there are also other brands that offer non-frozen fruit pulps. In addition to the traditional flavors, there are combinations of fruits that are marketed as products with digestive properties.

The company FL Procesados ​​del Ecuador introduced a line of pulps in the local market a year ago under the Ukarí brand. This includes a digestive variant that combines pineapple, cucumber and dragon fruit in the same package. They also have the soursop and blackberry presentations, and red fruits.

Ana Cecilia Andrade, manager of the company FL Procesados ​​del Ecuador, explains that Ukarí is a brand used to export, but they decided to introduce it in the country for a line of products that have added value and ready for consumption.

“There is an opportunity, people are now looking for quality of life, products with nutritional benefits and time, housewives work and need to have products like these on hand,” says Andrade.

The company, which also sells other varieties of pulp under the Freshkita brand, works with some 500 farmers who supply fruits for local production and export. (I)