The ceasefire between FARC and ELN governs from today 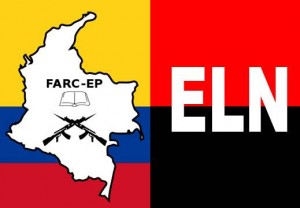 The FARC and ELN guerrillas put into effect at zero hour of this Tuesday, until the 28th of this month, a ceasefire by the presidential election of this Sunday 25 in Colombia.

Both guerrilla groups announced last week they would declare an unilateral truce through a statement released in La Havana, where peace negotiations with the colombian government are being carried out for several months.

The latest incidents related to the armed conflict occurred on Monday with the seizure of explosives, which apparently belong to FARC, into a school of the Tambo Municipality, in the Cauca department (southwest).

“The insurgency does not believe in the Colombian electoral system, however, we believe that such a strong national clamor deserves to be addressed,” said the statement in which they added that this “gesture” was “a light of hope for a bilateral ceasefire.”