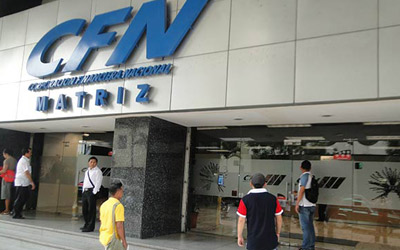 Yesterday, the National Financial Corporation (CFN, for its acronym in spanish) made the official announcement of the signing of a definitive agreement for sale of the Pacific National Bank (PNB) to a group of American private investors.

The CFN, which is the main shareholder of the Pacific National Bank of Ecuador, who was owner of the PNB, with headquarters in Miami, said that Robert Barnett, reached the agreement and said that “the process of sale of PNB is done under the protection of the laws and regulations of the United States of America”.

After the agreement, it must be reviewed and approved by the regulatory entity of this country, which is, the Office of the Comptroller of the Currency (OCC).

Although he did not specify a number, the CFN indicated that the agreed price was determined above tangible book value.

The Sale of the PNB was decided by US authorities, on March 28 last year, when the US authority decided that all the shares of the Bank be transferred to a trust, whose objective was the alienation of the shares or its dissolution, when a year was fulfilled last March, there was an extension of the deadline.

The CFN clarified that the GNP will continue to provide its services to Ecuadorian customers and will continue as a correspondent of the Pacific National Bank of Ecuador in order to meet the operations of foreign trade of its customers.

The National Electoral Council indicates that 600,000 people have stopped voting