The challenge is to move from shock to calm 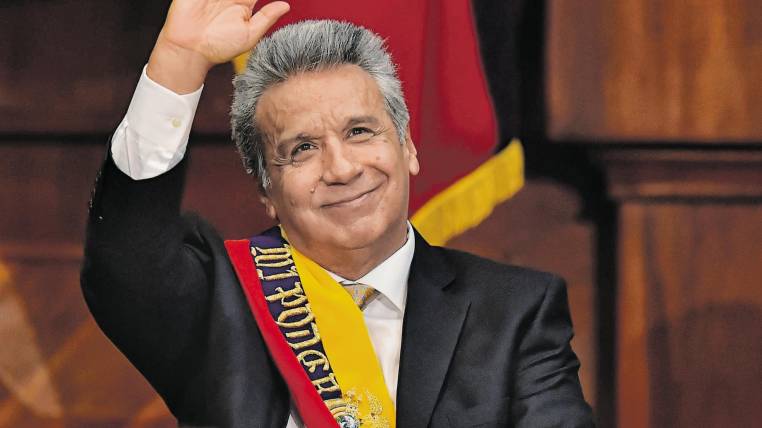 It has not been a quiet first year for President Lenin Moreno. The internal crisis of his political movement and the breakdown of the legislative bloc, the delicate situation on the northern border with the emergence of a terrorist cell, a popular consultation to begin the dismantling of the correismo, the demand for effective economic measures and a plan that glimpse a better future of the economy are some of the algid episodes of this first year.

Today begins the second with the challenge of overcoming this convulsed environment and provide stability to the presidential management and citizens. With this vision, EXPRESO consulted experts in different areas who made suggestions to be considered by Moreno in the second section of his term.

Guillermo Lasso, leader of the CREO movement, considers that from the political point of view there are several steps to be taken on the road to that stability: the changes to the Communication Law, the fight against drug consumption in schools and colleges, and making transparent what happened September 30, 2010. But there is one that, in his opinion, requires a national agreement: fight against the deficit of the economy. “The first fight against the deficit is to break the chains of corruption in the Ecuadorian oil sector and thus recover the sovereignty of these resources for the benefit of the people and not of four scoundrels,” he said.

The economic problems are what most concern Ecuadorians, according to the latest Cedatos survey.

Therefore, the change of economic direction, prioritizing transparency and clarity, should be ingredients of the new anti-crisis strategy, taking advantage of the oil price boom. “The Government will have to convince the Assembly of the management of the public debt and for that, it will have to present a macroeconomic program that establishes the means and remedies to stabilize the accounts of the public sector in a progressive manner,” says the former Minister of Finance. , Francisco Swett. In terms of investment, public-private partnerships are called to a leading role in the development of infrastructure and public services of the central government and municipalities, according to lawyer Marcelo Bodero.

There is no aspect, much less in the handling of money or works, that is not prone to acts of corruption. That is why those who fight against this global evil consider still vital recovery of stolen money. “If President Moreno succeeds, in this second year or at the end of his term, recovering even 40% of what they took away, it would be a great success,” said Jorge Rodríguez, coordinator of the National Anticorruption Commission. This, in the opinion of the citizen, must be accompanied by the presidential endorsement of the independence of the heads of the control organisms that arise from the work of the Council of Citizen Participation and Transitory Social Control.

Another issue of equal concern that marked the last months of this first year is terrorism and security on the northern border. The kidnapping and subsequent murder of the newspaper team of El Comercio newspaper by the terrorist cell ‘Oliver Sinisterra’ was one of the most critical moments of the Moreno administration.

Mario Pazmiño, retired colonel and former director of Intelligence, details five aspects that the president should consider: have a trained and non-institutional intelligence system; legal reforms that empower the military to use force to confront transnational threats; create a protection system for judges, prosecutors and journalists; create an anti-narcotics mobile brigade that depends on the Joint Command; and implement security and development projects in the border populations. “The Intelligence Secretariat is necessary, with a national analysis system that goes to the strategic policy and not to the persecution”.

And the issues continue. Today, 365 days are missing until next May 24, and we will once again analyze whether the desired calm was achieved or not. (I)