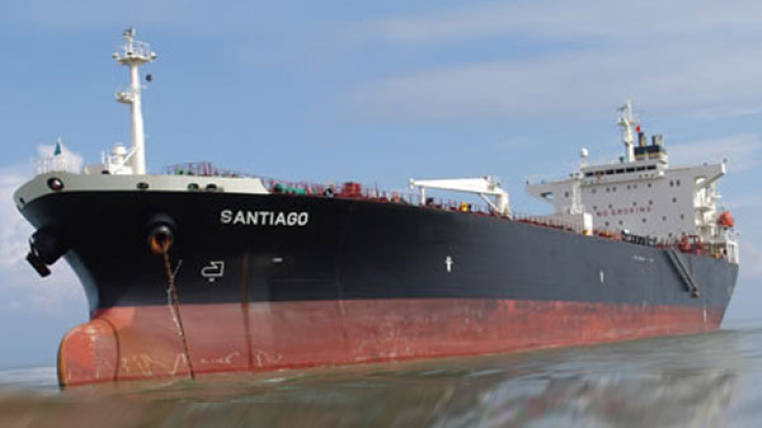 The authorities of EP Petroecuador want to make their operation more “efficient” by bringing to the estuary Salado (to the terminal Tres Bocas) mega-ships with a capacity of up to 40,000 tons of fuel, but generating a huge risk for the largest reserve in the city.

The ‘Hanbymax’ intend to enter the fuel transfer terminal to replace the smaller boats, up to 7,000 tons, which have been operating for ten years unloading diesel, gasoline and other derivatives in two special docks.

That is what Petroecuador has again requested this year from the Ministry of the Environment, which in 2017 denied that possibility. Yesterday the Municipality of Guayaquil sent an office in which also opposes the arrival of ships of these characteristics.

These mega boats pump the fuel through hoses or pipes, but do not dock at any dock, they remain 3 to 4 days in the water fulfilling this function. It is a floating reservoir “that occupies the entire width of the estuary,” experts say.

And that totally restricts the denial of private yachts, boats and boats of some 3,000 fishermen from Puerto Hondo, Playita del Guasmo, Trinitaria, Puerto Libertad, Punta de Piedras, who use the area and sports such as kayaking, skiing, swimming and walks recreational areas near Puerto Azul.

The Municipality of Guayaquil has objections to the aspirations of the state oil company and mentions all the natural wealth that is at risk in the area, not only because the dock does not have port facilities for an operation of that magnitude, but because a fuel spill would have disastrous consequences in species of mangroves, birds and animals, like crocodiles.

The law indicates that you cannot hinder passage through any area of the country. In addition: “The rapid discharge of fuels of 5,600 gallons per minute from these large vessels represents a considerable risk for the area known as Cerritos de los Morreños and Punta de Piedra”.

“Based on the criteria set forth, this municipal corporation expresses its disagreement and requests Petroecuador’s request to obtain environmental authorizations – environmental license – for the entry of tankers with a capacity greater than 15,000 tons into the Tres Bocas Transfer Station to be denied. “, Says the office.

This new condition (floating storage deposit) would generate, in addition to those already expressed, conditions of high environmental risk on the “El Salado Mangrove Wildlife Production Reserve”, affecting the safety and transit of vessels using these branches of the estuary, concludes a report signed by Mayor Jaime Nebot.

The area where vessels enter today to Tres Bocas is part of the protected area ‘El Salado Mangrove Wildlife Production Reserve’ and has an area of 15,535 hectares. Through these vessels, there are several mangrove concessions, including the largest in the Cerrito de los Morreños country: 10,869 hectares. There is a wetland of international importance, of 15,337 hectares. (I)