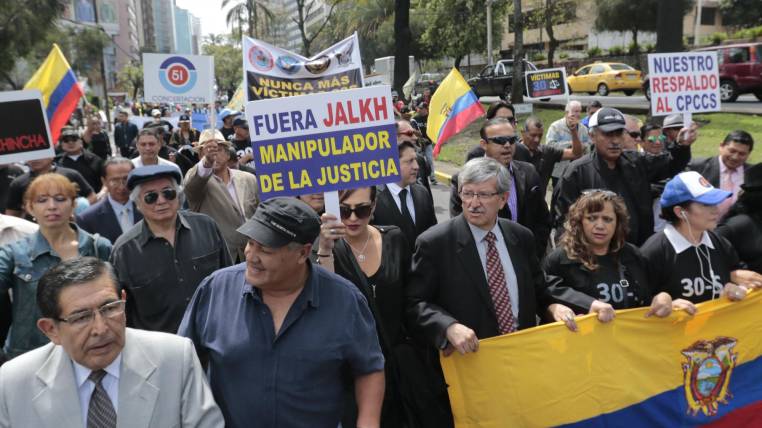 They are on their way to leave no stone unturned in the last decade. The Council of Transitional Citizen Participation gave a sample that for this organism there are no untouchables and decided to initiate the evaluation process to the nine judges of the Constitutional Court (CC).

It also issued a mandate for the selection of the new control authorities, which includes changes with respect to the previous system of competitions, some that clash with what the Constitution establishes. Both decisions broke, for the first time, the unanimity with which the seven members of the Council had been acting.

The counselor Xavier Zavala voted against starting the evaluation of the constitutional judges. “In the legal aspect, the extraordinary faculty of evaluation and possible dismissal is limited to those authorities nominated by the Participation Council, and the Constitutional Court is not nominated by the Council,” Zavala said in justifying his decision.

As in the previous evaluations, the Transitory Council gave the judges seven days to present their accounts; and the president of the CC, Alfredo Ruiz, the same deadline for him to submit an institutional report.

If the agency called for evaluation contravenes in any way the decision of the Council of Temporary Participation, this could be taken as contempt and end in dismissal, as happened with the ombudsman, Ramiro Rivadeneira.

The other six counselors voted in favor of starting the evaluation. Pablo Dávila said that the Transparency Function does intervene in the conformation of the CC. “If we evaluate what is the extraordinary power that the Ecuadorians gave to the Council, leaving the Court without evaluating would be a breach of that mandate,” he said.

Zavala also did not join his six colleagues and abstained from voting for the regulation for the election of the final authorities of the Office of the Prosecutor, Comptroller, National Electoral Council (CNE) and the superintendencies that are in charge. He believes that, as the regulations were raised, values were sacrificed in the contests.

The election process step by step