The controversy landed at the Copa America Centenary after a goal 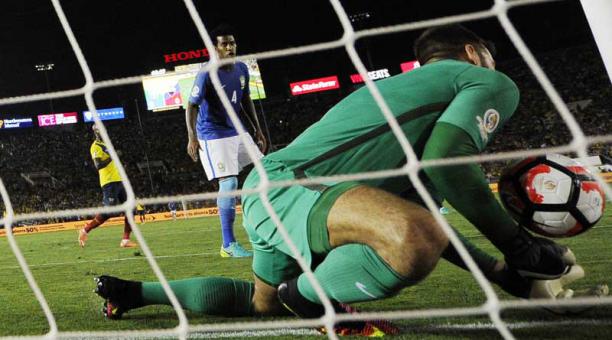 At minute 66, Ecuadorian player Miler Bolanos kicked a ball from the left that after hitting a side of the goal, to finally reach the net.

Referee Julio Bascunan, noting that the assistant had raised the flag, decided not to validate the goal, which at that time would have been an advantage for Ecuador 0-1 in a clash that eventually ended without any goal.

After revising the television images on several occasions, it can be interpreted that Bolanos kicked the ball when this had not completely left the pitch. Even the goalkeeper Alisson was surprised after seeing that the ball entered his goal before realizing that the referee had not validate it.