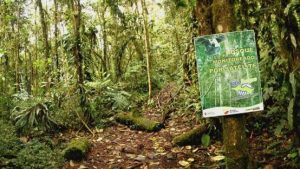 Between 2007 and 2016 Ecuador invested 561 million in the protection of 52 natural areas to improve the management of protected areas, fight deforestation and establish an integral waste operation, according to the Ministry of the Environment.

The planning agency added that institutional and legal measures (reforms) were implemented to achieve these figures.