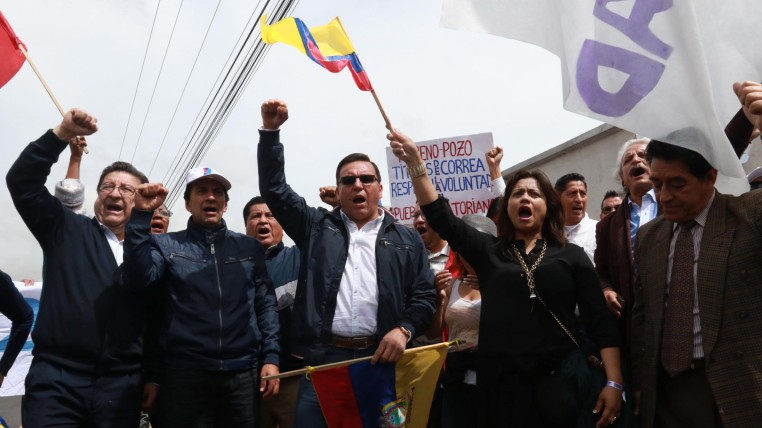 An image that marked the beginning of the day. Chairs occupied by delegates of the Alianza PAIS Alliance ruling party and, just in front of them, the space allocated for the CREO-SUMA right-wing party, empty.
With that scenario and almost an hour late, the recount of 3,865 vote tally sheets that were challenged by the two fronts after the runoff, was held yesterday at the Rumiñahui Coliseum in Quito.
But that was not the only novelty. The National Electoral Council (CNE) had announced the presence of 250 delegations to execute the process; only 177 appeared yesterday, increasing thus, in at least three hours the deadline forecast by the electoral body to obtain the results of the count.
The reason? Diego Tello, CNE’s coordinator of electoral process, told Daily Expreso that the space was too narrow and prevented a fluid mobility, so a reduced number of delegates was established.

The first ballot boxes to be opened were the 858 contested in the Pichincha province. The mechanism employed? a CNE official shouted the number of the challenged vote tally sheets and a stevedore, accompanied by a military, transferred the ballot box to the delegate´s table, randomly.