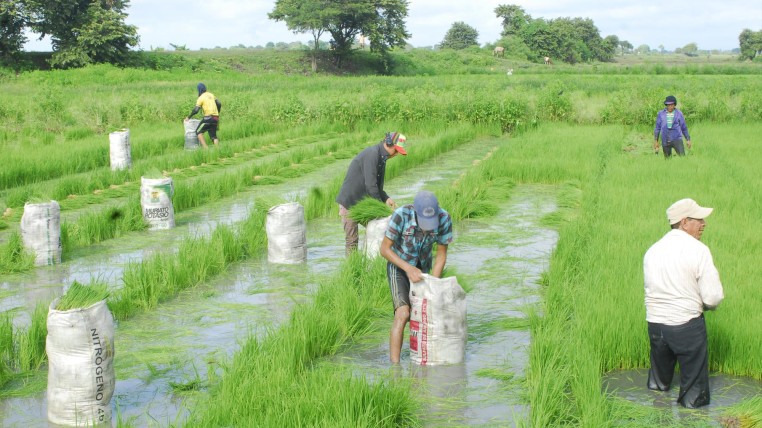 Yesterday in Guanchichal, the so-called rice paradise, located in the Daule county, planters (piecework) were happy. Saturday they would charge for seeding tasks they performed, like human machines on the muddy ground.

But in the wall that divides the parcels, the owners of these lands were living other sensations. Pests are affecting their pockets again and putting at risk the king of kings of Ecuadorian pots. Daily Expreso toured the area yesterday.

Rice is the most consumed crop. Per year, each Ecuadorian eats, on average, one quintal and its impacts on revenues of towns like Daule, Saint Lucia, Nobol, Samborondón, Palestine. 400 thousand hectares are grown mainly between Guayas and Los Rios. Twice as high as banana.

Luis Guaranda and Juan Briones are two rice farmers of the America Lomas area, in Daule, the ‘Capital of Rice,’ whose economy collapsed by excessive pests and poor liquidity of its main financiers: the rice mills.

The ISSFA limits credit delivery to its affiliates