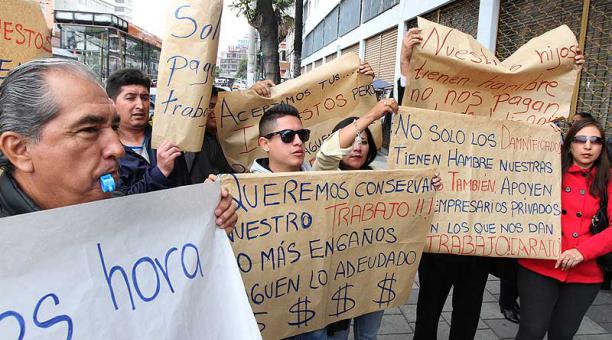 In 2009, following the renegotiation of the foreign debt, interest payments fell from country USD 728 million to 531 million, according to the budget performance of the Ministry of Finance. But from 2010, this bill began to grow and this year the government expects to pay USD 1,750 million.

While public debt also began to rise from that year, interest increased at a much higher rate. Between 2010 and this year, the balance of public debt grew by 157%, but the payment of interests increased by 208%.

Lenders are concerned that Ecuador has the highest country risk in the region after Venezuela, and prefer that their money returns as soon as possible, reason why the regime has hired financing for a shorter period in the last three years, both in local and international markets.

The average maturity of the bond issuance of domestic debt in 2013 was 9 years old, while last year it decreased to 2  years, according to the debt bulletin of the Ministry of Finance. That trend was accentuated this year. In the public debt report of last May, an issuance of government bonds by USD 792 million at a deadline of 22 days is recorded.

Two contractors will be investigated by the IRS