The death toll from earthquake in Ecuador amounts to 413 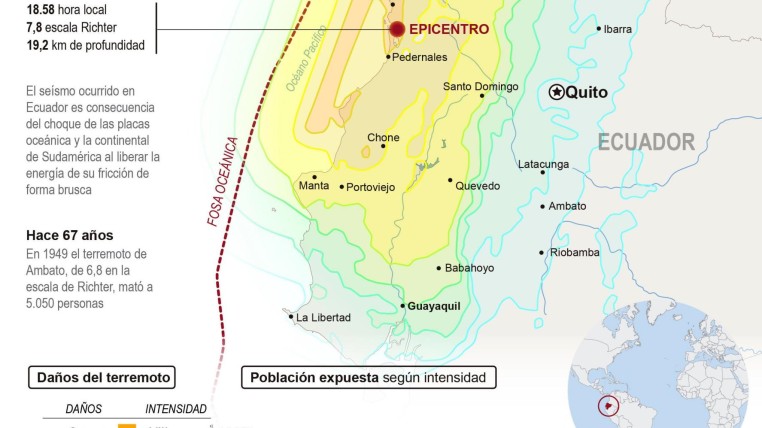 Monday dozens of rescuers searched the survivors of the powerful earthquake that hit the coastal area of Ecuador over the weekend and took the lives of at least 413 people, generating multimillion material losses and devastating entire villages.

Monday, President Rafael Correa toured the affected areas in the province of Manabi.
“We fear that (the death toll) gets higher,” the president told Reuters as he walked through the area while the victims plead for water.
In the stricken city of Portoviejo, where some 100 prisoners escaped after the collapse of the walls of the prison, the villagers complained about its state of neglect.

Number of earthquake victims in Ecuador increases at 525