The dollar expands its upswing after decision of the Federal Reserve 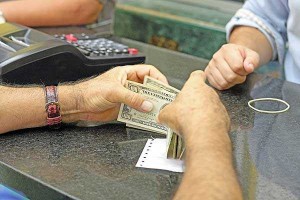 The dollar rose yesterday against major currencies for a second day. This, after the US Federal Reserve anticipated that interest rates could be raised faster and before a loose economic policy in different economies.

The dollar hit a maximum of 28-month against the Swiss franc, at 0.9847 francs, after the Central Bank of Switzerland noted that they will impose an interest rate of 0.25% in several large deposits in Swiss francs held by investors, a measure that seeks to discourage buying the currency as a safe haven.

The dollar hit a one-week high against the Japanese yen, at 119.30 yen, a day after the Fed change its commitment of keeping rates near zero for “an extended period,” in an expression of confidence in the US economy.

It is expected that the increase in interest rates boost the dollar to attract investment flows into the United States.

The positive assessment of the economy by the Fed also helped the dollar to extend its gains against the yen.