Norma does not remember how much money she had for the purchases of the market 20 years ago, when the currency in Ecuador was the sucre, only that the return varied. “One week the money reached and another did not, so there I saw what I cooked my children. Sometimes it was just rice with guineo, ”says this 57-year-old housewife from Guayaquil. 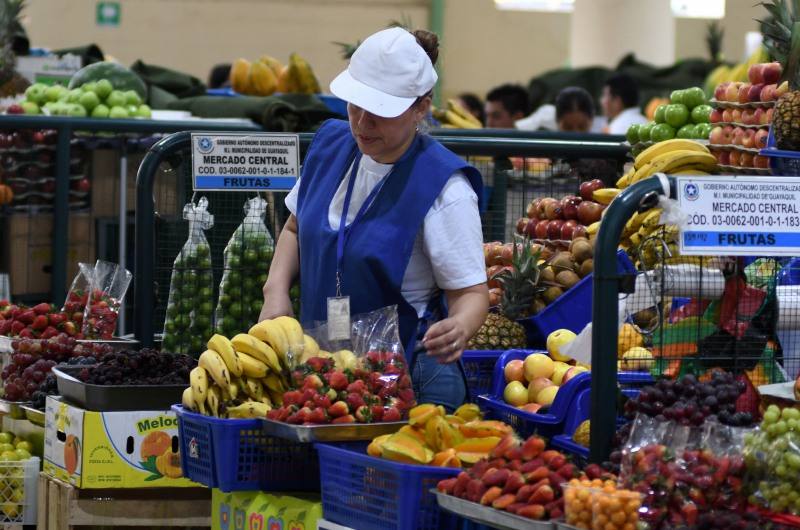 His testimony reflects a face of the economic crisis that the country went through in 1999: prices varied with such frequency that people could not plan their budget.

To cite an example, press reports from 1999 report that that year the pound of rice in the markets ranged between 2400 sucres and 2800 sucres.

At present, the increase would imply paying a penny more, but in 1999 those 400 extra sucres covered half a bus ticket.

Ecuador recorded rising inflation and had a national currency in constant devaluation. This and other factors motivated the Jamil Mahuad government to announce dollarization on January 9, 2000.

Twenty years later, there are divided criteria on the success of the measure by the analysis that emerges from indicators such as inflation, the basic basket and family income.

The first registers a marked difference before and after, going from an upward trend to a downward trend.

Vicente Albornoz, dean of Economics at the University of the Americas, remarks that one of the “great merits” of dollarization was to “slow down inflation.”

He maintains that this is good for the economy, because it allows companies and people to plan the use of their money.

“Inflation is the speed at which prices grow. When we had sucres there were high inflation, that is, prices were rising fast and all the time, ”he says.

Note that that is why, before dollarization, inflation rates were double digits.

Since 2002 they remain in one. But in 2017 there was a negative annual inflation, a behavior that was repeated at the end of 2019.

Bathrobe points out that this is not due to dollarization but to poor management of the economy by the previous regime. And he explains that the negative expression reflects that people don’t spend because they don’t have money to do it.

Likewise, the 20 years of dollarization show the evolution of the basic basket and family income (the National Institute of Statistics and Census, INEC, defines it as the income of a four-member household with 1.6 income recipients).

The ECB concludes that family income went from covering 55.4% of the cost of the basket, to cover 67.9%.

That is, an Ecuadorian type home improved its economic conditions a little to buy a basic basket.

INEC data shows that between 2010 and 2019 the gap between this indicator and family income has been gradually shortening.

But the trend during 20 years of dollarization picks up a gap, as family income is not enough to finance the basket.

The former director of INEC, Byron Villacís, points out that it is due to certain factors of the economy. On the basket, note that the price of certain products “is much higher” in some cities, because they are more susceptible to being affected by speculation.

He cites as an example the rise in food from another region, when the price of gasoline is announced.

Villacís explains that certain components of the basket behave like this, because the “economic structure of the country has not changed”: it still depends on trade, rather than on service (added value).

On the other hand, he says that family income has improved over the years, but “it is not growing at a rate that it should, because the economy grows a few years, other years it does not grow …”.

That is, it is an indicator that “depends a lot” on the macroeconomic situation.

“Dollarization is good but it has its costs,” says Byron Villacís.

And notes that any dollarized country has “a lot of difficulty” when it wants to change its “economic structure”, because it is anchored to a foreign monetary system that has its rules.

The director of the Consumers and Users Tribune, María José Troya, believes that Ecuadorians quickly adapted to the use of the dollar in 2000. “Although at the beginning it was a very strong adjustment, people quickly got used to it,” says Troya, at the time of referring that the citizens of Europe took longer to accept the euro.

However, the former (s) of the Central Bank of Ecuador (ECB) Modesto Correa says that the institution did implement a training process to help people identify new bills and coins. The ECB disseminated information leaflets and moved to some provinces to give talks.

Five facts you should know about dollarization in Ecuador