The DP World plan is surprising 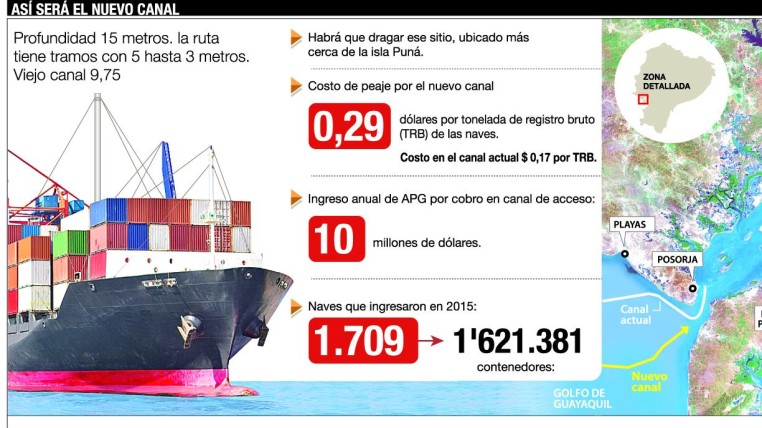 The Dubai group, in a letter sent on January 29 to Jorge Vera Armijos, manager of the Guayaquil port authority (APG), asks for conditions: a new access channel that shall be used by all shipping lines, higher tariffs than those of its competitors, growth limits for the existing ports in operation.

Until yesterday, an email sent last week by daily Expreso to Robert Dunn, CEO of the Nobis Group (partner of DP World), was not answered. The Ministry of Transport and Public Works (MTOP) and the APG also gave their version, although as it became known, the pretension of closing part of the access channel that takes the ships to southern Guayaquil, would have been rejected.