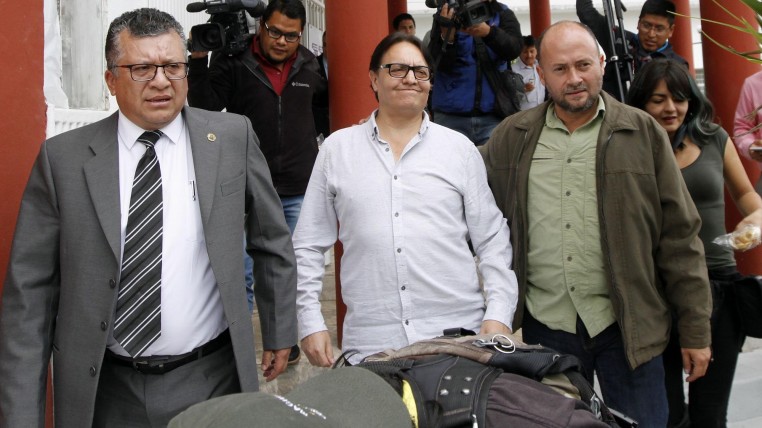 During the last decade, more than 130,000 million dollars of oil revenues were in the hands of a single administrator: the State. This boom period, the biggest one ever experienced by Ecuador, coincided with an absent transparency regarding barrel sales contracts sponsored by a new oil commercialization model hard to audit. But now, with a new government and new control authorities, the allegations of mismanagement of natural resources arise.

Fernando Villavicencio reappeared yesterday in Quito, backed by the Pichincha Bar Association, with a complaint against the previous government, a compilation of evidence as support and several accusing fingers pointing in the direction of former president Rafael Correa, the former state attorney general Galo Chiriboga, former Manager of Petroecuador Pedro Merizalde, and those responsible for oil management that left a state loss of at least $ 2.2 billion.

That figure is calculated on the assumption that the Government of former President Correa pledged np-bid 1.2 billion barrels with China and Thailand until 2024. (I)