The economic crisis that Ecuador may experience this year may be more profound than that registered in 1999, according to projections presented yesterday by the Central Bank of Ecuador (ECB). 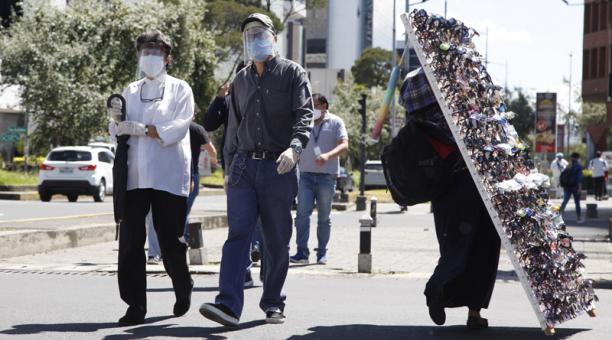 The entity prepared three projections based on scenarios that could occur this year of a health emergency. The agency calculated that the country’s Gross Domestic Product ( GDP ) could fall between 7.3%, in the most optimistic scenario, and 9.6%, in the most pessimistic.

In 1999, during the banking crisis, the country’s GDP contracted by 4.7% and after dollarization , the strongest recession was recorded in 2016, when GDP fell 1.5%, after the drop in the price of raw.

To the fiscal crisis that has been dragging on since 2019, an additional scenario was added this year, which includes a drop in oil prices, the effects of almost three months of confinement , partial paralysis of a large part of productive and commercial activities, and reduction in the demand for Ecuadorian products abroad.

When the health emergency was declared, last March, the Government said that the economic impact could be between 6% and 7% of GDP.

The Central’s projection is more pessimistic than other estimates made by international organizations.

The International Monetary Fund ( IMF ), for example, estimated that Ecuador’s GDP would contract 6.5% in 2020.

Santiago García , a professor at the Central University , points out that the economy has already had poor results since 2016. And he adds that this year, the main impact on GDP will be due to the drop in consumption and the cut of USD 1.3 billion. in public works .

For Hanns Soledispa , director of Exponential Research , private sector investment could help the economy recover, but “if you insist on contributions from companies and workers, it could affect investment and spending capacity.”

Among the sectors that will be most affected this year, according to Soledispa, is tourism , which depends on the purchasing power of the people, and which is hit by the deterioration in employment figures and the reduction in wages .

At a time when the country’s cantons are beginning to relax their confinement restrictions, Pablo Zambrano , head of the Chamber of Industries and Production (CIP), points out that a distinction must be made between “reactivation” and “recovery”. The productive sector is reactivating with the partial lifting of restrictions , but the recovery, he says, could take 18 months or more.

Recovery will be more difficult for the textile, automotive and metalworking areas.

Luis Naranjo, economic chief of the Quito Chamber of Commerce (CCQ), comments that the time it takes for the recovery is difficult to estimate, as long as there is no certainty of how long the yellow traffic light will last and of consumer behavior .

60% of businesses in this segment were unemployed because not all businesses were able to make online sales . Garcia said the food sector had a good response, so it could continue to help the economy recover.

To face the crisis , the Government has announced measures such as low-rate credit for micro, small and medium-sized companies , adjustment to spending and renegotiation of USD 17.3 billion with bondholders.

The economy of Ecuador and showed a poor result in 2019, when it grew less than 0.1%. The Central Bank estimates that this year public spending will decrease by 5.6% due to adjustment measures. In contrast, public and private investment will drop a total of 14% in 2020.

Coronavirus and employment: how to prepare to look for work during and after quarantine