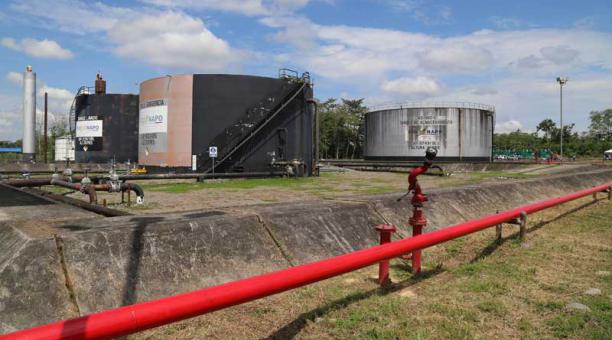 The liquidation of the Rio Napo consortium, which was in charge of the operation of the Sacha oil field, is estimated at an amount lower than that requested by the company Petróleos de Venezuela (PDVSA). Pdvsa was a shareholder of the joint venture Rio Napo together with Petroecuador, from September 2009 until April 2016, when a dissolution process began involving the liquidation of accounts among the shareholders.

After that, Petroamazonas assumed the management of Sacha. Álex Galárraga, manager of the public company Petroamazonas, informed that this moment “is being discussed” with PDVSA and the Superintendence of Companies. Once this concludes, it is expected that the amount paid to the Venezuelan firm will be around USD 100 million. “The proposal of the company is to apply what the contract says,” the official said without giving further details.

The figure suggested by Petroamazonas is equivalent to more than a third of what Pdvsa demands, USD 383 million, for the early termination of the contract, which was valid until 2026. Before determining what amount should be canceled, Luis Calero, oil lawyer He said that there should be a global crossing of accounts between both companies and establish who has outstanding assets.

Calero recalled that when this consortium was formed, it was agreed that Ecuador would have an equivalent stake (that of Pdvsa in Sacha, which is 30%), in an oil field in the Orinoco belt, in Venezuela. But this did not happen. PDVSA, for its part, has enjoyed seven years of Sacha crude oil exploitation. Fernando Santos, former Minister of Energy, agreed with Calero and questioned that the formation of this consortium was after an agreement between the presidents of that time, Rafael Correa and Hugo Chávez (deceased), without bidding.

Investments by Rio Napo among property, plant and equipment, and fixed assets reached USD 1 268 million. Of that amount, 30% corresponds to PDVSA and the rest (70%) to Petroecuador, informed the Ministry of Hydrocarbons. This newspaper yesterday sought the version of the Venezuelan firm in the country, but had no response until the end of the edition.

The Superintendence of Companies declared the Rio Napo consortium inactive on July 31, 2015, for not presenting the balance sheets since 2013. Then, on April 5, 2016, the entity ordered its dissolution and began the liquidation. Currently, this process is underway at the Superintendence of Companies. Petroamazonas estimates that this process will conclude in September. By then, it is also expected to have a report on the environmental impact of this mixed company in the Sacha field. While these aspects are defined, Petroamazonas plans to invest around USD 100 million of its budget in Sacha in 2018, located in the canton of Joya de los Sachas, in the province of Orellana.

The investment in this field is the second most important one that the state oil company will do, after that of block 43 Ishpingo, Tambococha and Tiputini (ITT), which will allocate USD 350 million, in total. The Manager of Petroamazonas mentioned that with these resources, in Sacha, 10 new wells will be drilled from next May, four tanks will be exchanged (where crude is stored), with a capacity of 30,000 barrels, and new generation plants will be installed. energy with associated gas. The first of these infrastructures was inaugurated last Thursday (April 5, 2018) in Sacha Norte 2, which is part of the field. With these measures, it is expected to maintain Sacha’s production at 67,000 barrels of crude oil per day.

It also seeks to reduce the use of diesel. The goal of Petroamazonas is to move from 490,000 gallons of diesel used every month to 22,000, by the end of 2018. This will generate savings of around USD 1.9 million in December of this year. Sacha is the second most productive field in Ecuador after Shushufindi, which produces 73,608 barrels of crude oil per day.

However, Sacha generates a greater oil income to Ecuador, it is around USD 1 billion per year. The operation of this field is in charge of the State.

The mixed Rio Napo consortium, made up of 70% by Ecuador and 30% by Venezuela, was set up in 2009 to operate the Sacha field. However, seven years later the Superintendence of Companies declared the dissolution. (I)