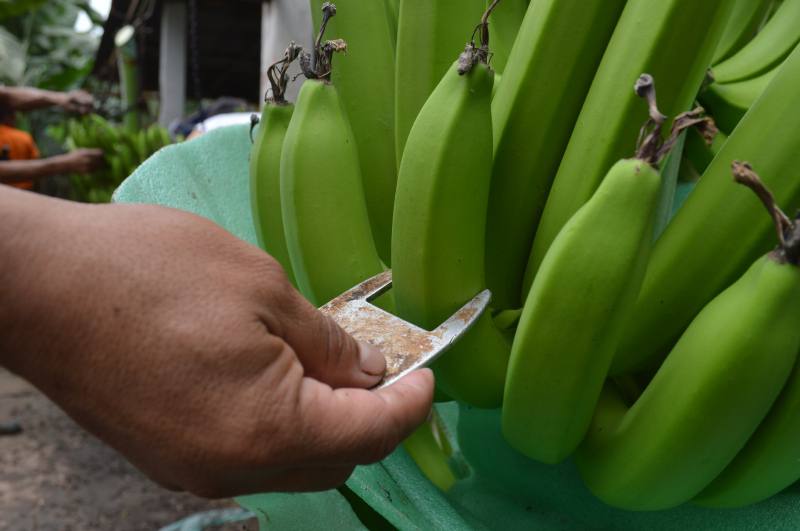 The Committee on International Trade of the European Parliament adopted an amendment Monday for the protection of the banana production in countries of the bloc, at a time when an agreement with Ecuador is being negotiated, reported several MPs.

The commission voted in favor of the “automatic activation of a safeguard clause” for bananas of European overseas territories, said French deputy of the Socialist Party Younous Omarjee in a statement.

At a time when the agreements with Peru and Colombia are effective, and Ecuador, a major producer of bananas, is seeking to join a multiparty trade agreement, the representatives seek the activation of protectionist measures.

“We ask for a reinforcement of the existing protectionist measures against large producers of bananas, which do not respect European social and environmental standards and consequently benefit from derisory production costs in relation to the West Indian banana,” said in a statement MEP of the French Socialist Party Louis-Joseph Manscour.