The financial platform tripled its value 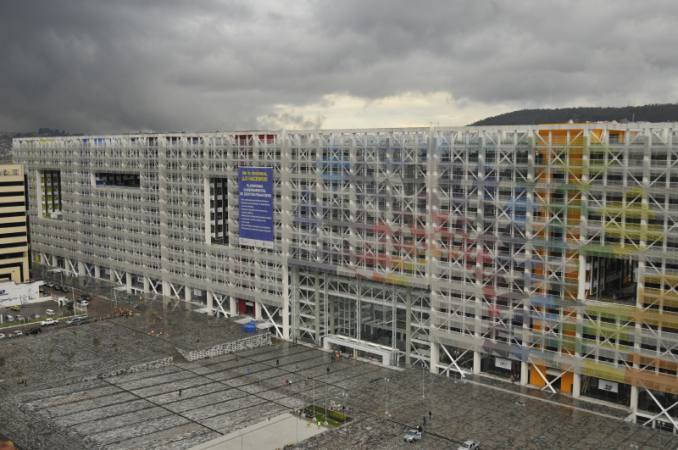 The financial platform was officially inaugurated today, although it had already begun operations since May 15. The most disturbing fact: it tripled its price from 2014. It was President Rafael Correa himself who announced in February of that year that the 91, 110 square meters building would cost $ 79.5 million, and would house 4,000 officials of state agencies.

However, by April 2017, the price of the Platform had tripled, as Correa also reported that the total cost was $ 208.9 million. Correa spoke of a larger construction surface: 132,824 m², which would house 4,600 officials.

The government decided to start the construction, awarded to the Chinese company in 2015, despite a difficult economic situation, and a budget cut of $ 800 million.

Public debt increased by $ 26,978.9 million during the government of Rafael Correa