The Foreign Minister of the Republic, Juan Carlos Holguín, in an interview, reported that “in the last few hours” more than 200 urgent passports have been issued for Ecuadorian students in Ukraine. According to the official, “every day a new student appears.” 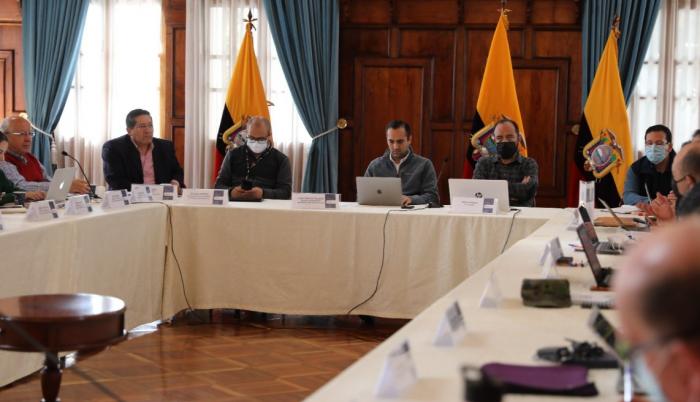 The situation of Ecuadorian students is handled from the Palacio de Najas.

“They traveled as tourists and then they were asked (the intermediaries) to regularize the documents there,” Holguín said, noting that they were also offered study and work in Ukraine. Likewise, he confessed that “doing the registration has been very hard.” This, according to the chancellor, is due to the fact that there are “very many” students who have not had their documents up to date.

In addition, the foreign minister explained that some of the cases of Ecuadorians who do not want to return to Ecuador are due to the fact that the intermediaries “tell them that the jobs will be moved to Poland and Turkey.” Holguín stressed that the parents of the students insist that their children return to the country and that “they do not believe” the promises of the intermediaries.

On the other hand, the foreign minister stressed that none of the students in Ukraine is receiving a scholarship from the Ecuadorian government. Likewise, he agreed that many of them left Ecuador due to the lack of opportunities and he called on the National Assembly to deal with the Higher Education Law presented by the President of the Republic, Guillermo Lasso, on the day of his inauguration.

Likewise, Holguín updated the figures of Ecuadorians fleeing the armed conflict between Russia and Ukraine. As of 7:00 a.m. on March 2, 2022 , 689 compatriots have already left and 123 remain to cross the border . Likewise, Holguín indicated that the age of the students ranges between 17 and 23 years of age.

According to figures from the Foreign Ministry, 406 students are in Poland, 145 in Hungary, 50 in Slovakia, 44 in Moldova and 17 in Romania.

Regarding the humanitarian flight, the foreign minister stressed that 81% of the 689 Ecuadorians who left have confirmed their willingness to return to the country. Likewise, he indicated that the plane rented to bring the students will leave Madrid, pick up compatriots in Budapest and Warsaw, and finally return to Ecuador. He also indicated that there will be more humanitarian flights to be announced.