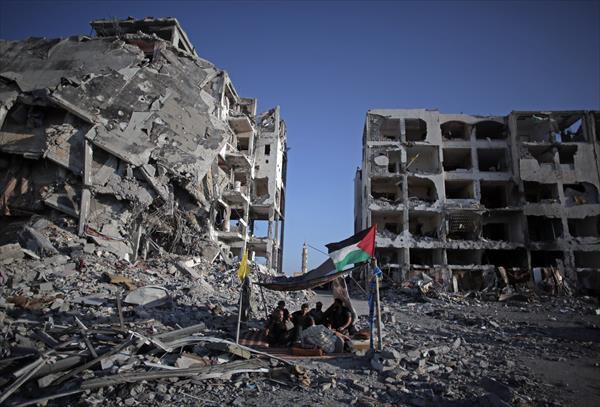 Mohamad to Wadiya, entrepreneur, 30,  took advantage of the ceasefire in the Gaza Strip and decided to take the car and go to assess the damage in a chips production factory, after more than a month of intense fighting and Israelis bombing .

“We had managed to rebuild the factory and reopen it 2 months ago, after in 2009 it was totally destroyed during the Israeli operation,” he explains beside the remains of what until recently was a company located in the east of Gaza.

The situation is dramatically repeated in several sectors of the strip, where entire neighborhoods have been reduced to rubble since on July 8 the Israeli army launched a military offensive that killed more than 1,900 Palestinians, 75% of them civilians.

According to Hasayna Mufid, Minister of Housing and Public Works of the Gaza Strip, the month of fighting left economic losses near to $ 5.000 million. Around 40,000 constructions of all kinds have been destroyed or severely damaged.