The government expects to raise $ 844 million expected with tax adjustment 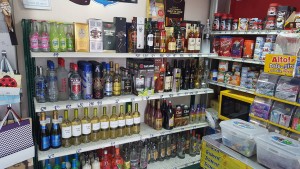 The draft Organic Law for the Balance of Public Finances, sent by the Executive as an economic emergency on Wednesday night, could generate a revenue of $ 844 million between May 2016 and 2017 only in the sector of sugary drinks, beer and cigarettes.

There are the calculations of Assemblyman Fausto Cayambe, head of the Alianza PAIS (AP) bloc, who indicated that the increase in the special consumption tax (ICE) for drinks and cigarettes would represent $ 335 million this year and $ 509 million in 2017.

ICE on alcohol did not increase, although President Rafael Correa had announced this confirmed Edy Murillo, president of the distributors of the sector.

The director of the Internal Revenue Service (IRS), Leonardo Orlando, explained yesterday the price increase of the products mentioned in the reform.