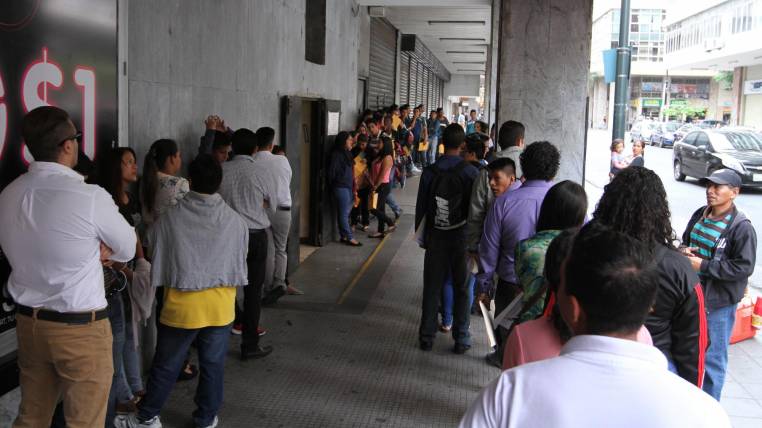 It’s official. Yesterday afternoon, the Vice President of the Republic, Alejandra Vicuña, and the Minister of Labor, Raúl Ledesma, presented the National Employment Policy, as a measure to generate more jobs and combat underemployment.

Among the actions are the already announced new forms of employment contracts, which will be adapted to the dynamics of seven sectors: tourism, agriculture, aquaculture, floriculture, livestock, construction and art. The initiative seeks that 236,000 workers agree to a formal contract.

To this is added the Youth Contract, which focuses on the employment of 60,000 young people. It also seeks to promote the My First Job project.

A contract for the youngest

The Government announced that it will implement the youth contract that has the objective of inserting 60,000 young people, between 18 and 26 years, into employment positions until 2021. In this contract, the State will provide more than 250,000 employers with a tax incentive for the recruitment of interns at half cost in the labor market. According to the Ministry of Labor, the youth contract prioritizes sectors of Agriculture (24%), Commerce (20%), Manufacturing (13%) and Construction (9%), which will contribute with 66% of youth employment. The government goal is for youth employment to reach 6.98% by 2021.

The Minister of Labor, Raúl Ledesma, said that the work contracts will be adapted according to the needs of each of these sectors to facilitate the greater flow of personnel during harvesting, planting or other natural seasonal procedures of each of these items

The floriculture sector also has its specialized contract. The goal is to facilitate contracting at court time, for example, when more staff is required. In April 2016, rules were already established for this sector that regulated working hours and remunerations. In addition, it was established that in case of not requiring workers to work eight hours a day, it is possible to opt for permanent part-time work.

Among the government policies is also supporting the tourism sector. One of the measures will be to create a contract that adapts to the times of high season of the sector. With this, the Government intends to facilitate the hiring of companies linked to the tourism sector, such as hotels, resorts, etc. In addition, it is also intended that this type of business hire more staff.

The construction sector has been one of the hardest hit by the country’s economic recession. The item has 12 consecutive quarters of contraction, according to the figures of the Central Bank of Ecuador. For this reason, the Government seeks, through the repeal of the Goodwill Law, through popular consultation, to boost construction. The announced contracts will be linked to the Plan Casa para Todos project, which aims to build 325,000 homes throughout the national territory.

This is another of the sectors that the current Government has sought to address. In September of last year, the Government announced that 5,700 people registered in the Unique Registry of Cultural Artists (RUAC) can now join the Cultural Insurance of the Ecuadorian Institute of Social Security (IESS). People will be able to affiliate with about 17% of the Unified Basic Salary.

An additional policy to increase employment is through internships. To do this, the Government seeks to strengthen its My First Job project, which will incorporate young graduates or seniors from higher education institutions to their first work experience.

The objective is to link 23,507 young people a year to the labor market (22,087 in the private sector and 1,420 in the public), according to projections by the Ministry of Labor. My First Job only placed interns in the public sector. (I)

Journalists celebrate their day with legal reform in sights