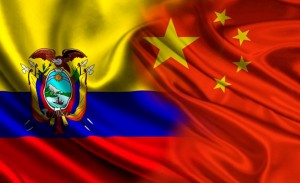 Strategic Sectors Minister Rafael Poveda plans to travel to China this week to promote and monitor a new loan of 2,000 million with the China Development Bank.

The main purpose of his trip to China is to advance the stages of the Pacific Refinery funding, which requires USD 13 000 million for its construction.

The details of the interest rate, deadlines or whether this credit is linked to oil sales to China are unknown, as it happened with the most recent loan from the Asian giant, for $ 970 million, which was granted last January by the Industrial and Commercial Bank of China (ICBC).

This loan is tied to a sale of 76.3 million barrels of Oriente and Napo crude for five years. Regarding the Pacific Refinery, Poveda explained that the government seeks the 100% funding of the work, which would be granted in two sections. The first through a loan that covers 85% of the value and the second with another loan for the remaining 15%.