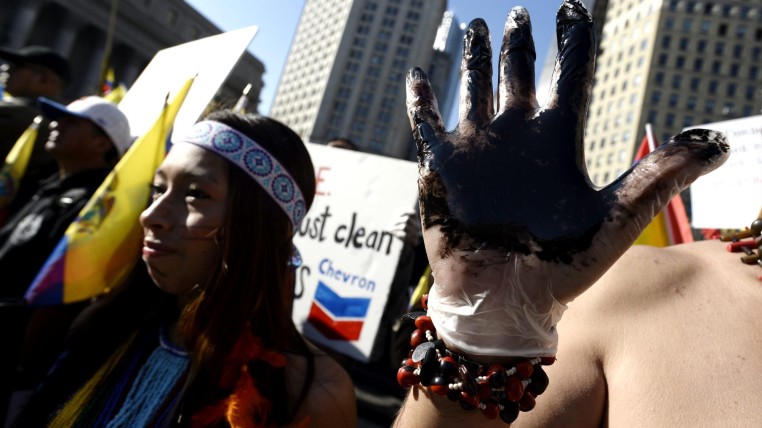 EcuadorNews:
The Ecuadorian government hopes that a court of appeal in The Hague accepts Ecuador is right and corrects the decision of an arbitral tribunal that declared itself competent in the environmental litigation between the country and the Chevron oil company, said yesterday the Attorney General of Ecuador Diego Garcia.
The oral hearing held yesterday at the Court of Appeal is one more step in the litigation Ecuador and Chevron have held since 2009 in The Hague when the latter denounced the Ecuadorian Government before an International Court of Arbitration.
“We hope this will allow us to interrupt international arbitration, which should have never started,” Garcia stated.

The Ecuadorian Attorney General’s Office already tried in January 2016 that the Arbitral Tribunal declares itself incompetent, claiming that its awards conflicted with the Ecuadorian public law and contravened the principles of independence of state powers, but the Court rejected all the allegations.

On this occasion, the Ecuadorian Government has taken the case to a Court of Appeal. The Attorney General´s office of Ecuador expects “a better analysis than that made by the first instance court, which practically relied on the decision of New York judge,” Garcia said.

The attorney general of Ecuador emphasized that during the hearing, which lasted two hours longer than planned, “the members of the court took the allegations seriously.”