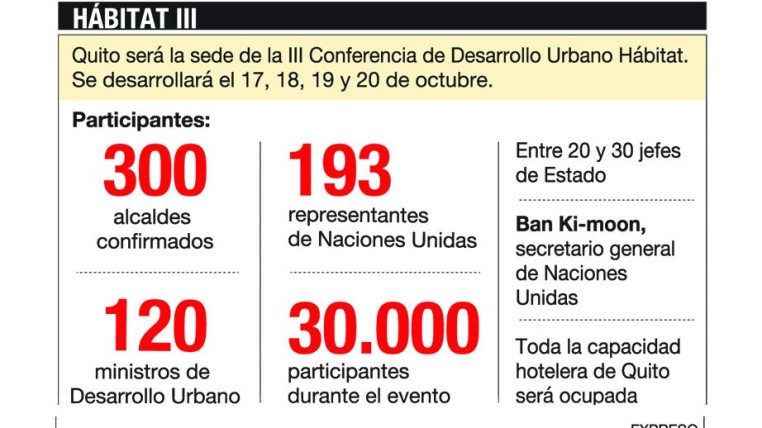 In October, Quito will host the Urban Development Conference Habitat III. The world’s urban agenda for the next 20 years will be defined there according to its promoters.

The preparation and logistics of the event are carried out from now. The conference, which will bring together 193 member countries of the United Nations, will represent an investment of $ 31 million, a money that, despite the economic crisis, must come from the central government.

Expectations, however, is that the multiplier effect of the conference allows the recovery of these resources. How much? “The Ecuadorian State will receive three dollars for every dollar invested, and by the spending generated by the participants,” said Carlos Duenas, director of logistics.

He estimates that Habitat III will bring together some 30,000 people, each with a capacity of medium and high spending.