The Government will reduce its expenditures for communication 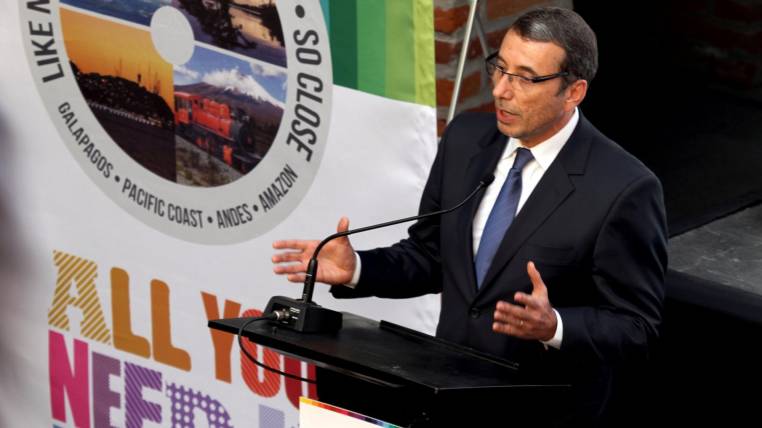 Government advertising will pass to few hands. President Lenin Moreno ordered, through Executive Decree 383, that advertising expenses of public entities be controlled exclusively by the National Secretariat of Communication (Secom).

The president ordered that the Ministry of Finance transfer the funds budgeted “for advertising production of mass media campaigns and their media guidelines” to the entity headed by Andrés Michelena.

The owner of the Secom explained the motivation of Moreno. He said yesterday in a conversation with the media, it was necessary to absorb all resources because “we could not tolerate” some expenses. He gave an example to two public oil companies.

The Ecuadorian Oil Fleet (Flopec) has a budget of one million dollars for advertising. What do you have to advertise? Asks the Secretary of Communication.

The same happens with Petroecuador. Michelena said he does not understand why it is necessary for the oil company to have guidelines in the media. His budget was about two million dollars, he stressed.

The money, now, will be channeled to entities that require promotion. The Ministry of Tourism, for example.

The change will grant about 18 million dollars to Secom for advertising guidelines. According to Michelena, there will also be a saving of 25 million dollars because it will no longer be paid to an advertising agency, as the brothers Fernando and Vinicio Alvarado did in the previous government that processes the spaces, but that the Government will negotiate directly with the media. Communication.

Another point of saving will come, said the official, from the cut of personnel that will be done in the communication departments of the ministries, secretariats, public companies and other entities. Currently, official Secom figures show, there are about 1,810 officials in those areas. The monthly expenditure for salaries and salaries amounts to 2.1 million dollars. An amount too high, assured Michelena, if it is considered that within the Secretariat of Communication the operations of promotion and publicity can be fulfilled.

The Government will maintain health and education campaigns.

‘All you need is Ecuador’ was a failure

The Minister of Tourism, Enrique Ponce de León, explained that the campaign ‘All You Need is Ecuador’, promoted by the Government of Rafael Correa, had a minimal impact and its cost was not justified.

According to him, in a conversation with the media, the campaign was not accompanied by a call to action. That is to say, it was not an “intelligent promotion” but only the will of the government was imposed.

Now, he says, there will be an accompaniment with the private sector to offer the tourist destination with packages. That is, the tourist knows how much he will pay and what kind of services he will have.

For the offer, he said, the tourist promotion company, Protur, will be created. The entity will replace the Railway Company of Ecuador and will manage more resources.

According to Sercop, in 2017, the Secom ordered 25 advertising campaigns in social networks and traditional media.

Although most campaigns were from the era of Rafael Correa (The Decade Won, the Government of All, 9 years of Constitution), there was also publicity for the popular consultation and other ministerial promotions.

The control body performs special exams for publicity hiring by the Alvarado brothers. (I)

The Assembly resurrects a border law that Correa filed