The hearing on charges against José Carlos Tuárez, former president of the Council for Citizen Participation and Social Control (Cpccs), and another 32 people is held for more than seven hours. 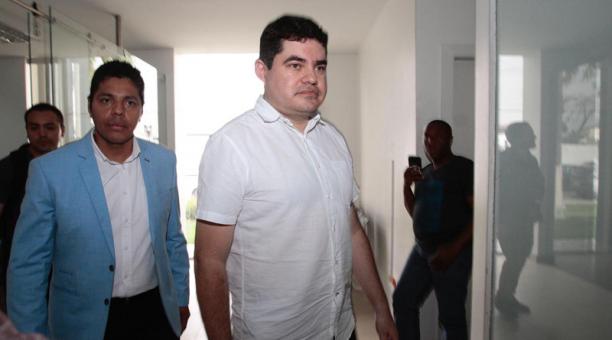 The Prosecutor’s Office assumes that the 33 people joined in a network for influence peddling.

Early in the morning, during an operation, they were arrested in six provinces of the country.

The defense of the apprehended continues with the allegations to prove the innocence of their clients in the Community Surveillance Unit (UVC) of the Portete district, Suburb of Guayaquil.

Prosecutor César Suárez said they are requesting pretrial detention. According to the investigations, this organization offered jobs in the Directorate of Civil Aviation, Customs and public hospitals in exchange for USD 5 to 20 million.

During the morning the audience had an unexpected break. At 02:20 this Friday Judge Marcos Guerra asked to stop the diligence for a few minutes when he said he felt “tachycardia.”

He said the problem would have been caused by an overload of work. An ambulance was called for transfer to a health home, but was transferred in a private vehicle.

An hour after the absence of the judge. The lawyer of Tuárez, Teresa Rivas, along with the other jurists who defend the other detainees requested that they be released, because supposedly the times for the 24 hours of flagrancy had expired.

One of the lawyers said it was 03:10 and for his defendant “the time for prison had already expired.” After the wait, at 03:53, Guerra returned to the UVC and rejoined the charge hearing. The magistrate must say if he receives the charges and dictates preventive detention for investigations.