The IDB believes that the country is walking to an opening 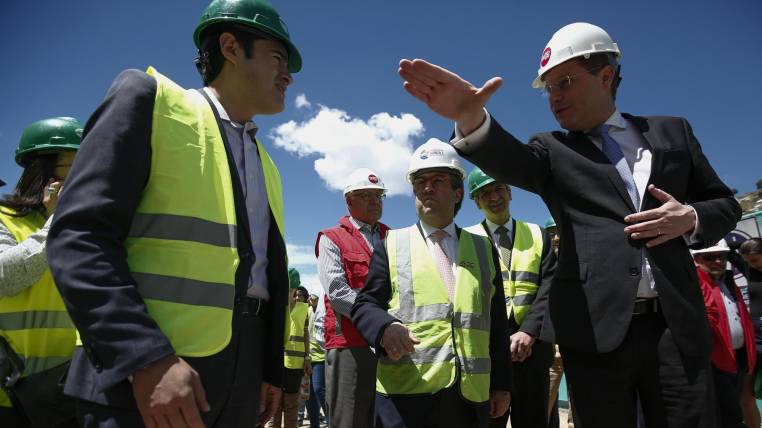 The president of the Inter-American Development Bank (IDB), the Colombian Luis Alberto Moreno, said yesterday that Ecuador is in a process of economic openness with special focus on the private sector as a driver of development.

“I see that the president (Ecuadorian, Lenin Moreno) has embarked on a process of opening up this economy much more, accelerating much more the integration of the private sector as a central factor in the development of this country,” he told EFE during a visit to the works of the Quito Metro.

The top executive of the IDB, who last April approved the provision of a credit of 250 million dollars for the construction of the subway, stressed that the Ecuadorian Executive seeks to attract both foreign and domestic investments.

He argued that the economic mechanisms put in place in Ecuador, “mean the rules of the game that must be taken for that investment to arrive.”

At the same time, he praised the policies aimed at ending corrupt practices in the country, by ensuring that the Ecuadorian president “on the other hand (encourages) make transparent the actions of the State, which basically means all the mechanisms of transparency and probity.”

The president of the bank will meet today with Lenin Moreno in Guayaquil, a meeting to analyze the economic situation and the process of structural transformations that have taken place in the country.

After coming to power, the Ecuadorian leader complained that his predecessor, Rafael Correa, had left the country’s finances in a difficult economic situation and that in many companies there was mismanagement and even corruption.

Regarding the meeting scheduled for today, the Colombian said that he will address “basically everything the bank is doing and what it is going to do with the Government of Ecuador in the coming years during President Moreno’s term.”

On the work of a commission of the IDB that will analyze the assets of the Ecuadorian State for the optimization of public resources, Luis Alberto Moreno argued that it is part of a “process of transformation in which Ecuador is, to find how it finds more efficiency within the patrimony that the nation has “.

He noted that “many state companies that have many assets that perfectly makes no sense that they have and could have any private actor.”

He said that after analyzing the situation of companies and state assets the IDB will prepare an “inventory”, which expects that “in the next six months we can give”, which “will allow the Government to take the decisions it requires”.

The Government tries to foster the confidence of foreign investors with the incorporation of international arbitration in the incentive law analyzed by the Assembly.

The Minister of Foreign Trade, Pablo Campana, visited Mexico last week, along with businessmen, in a first step as an associate member of the Pacific Alliance.

The Government has sent clear messages that it wants to sign a trade agreement with its main partner, the United States. Even these do not start. (I)