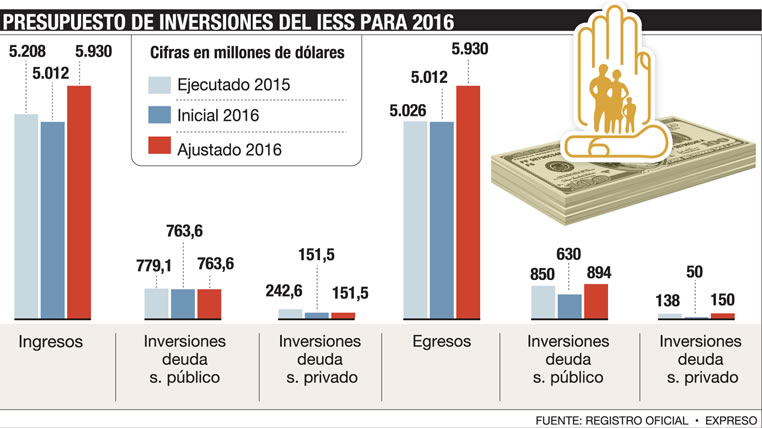 The Ecuadorian Institute of Social Security (IESS) plans to buy more government bonds this year. According to its investment plan, it will acquire at least $ 894 million in securities issued by the Ministry of Finance.

To date, according to official data from the Ministry of Finance, the IESS has invested USD 8379.4 billion in state bonds.

The pronouncement of the Finance Ministry clarifies the figure that Deputy Minister Madeleine Abarca, reported Wednesday at the National Assembly. According to her, about 11,000 million dollars was the social security investment.

the Finance Ministry explained through a press release that after reviewing the information they verified the actual amount of the debt owed to the IESS and stressed that investments in government securities “have a high profitability and the National Government has always promptly complied with the debt service.” At the moment, says the document, there are no outstanding obligations.

The “at the moment” expression is the one that concerns former director of Banco del IESS (Biess) representing the affiliates, Omar Serrano. He believes that given the financial situation faced by the state, new purchases should not be done. These 894 million, he said, should serve to grant more mortgage loans.

About 740 million have been paid to Oxy