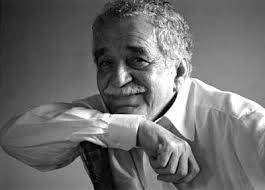 “Life is not what one lived but what one remembers and how remembers it to tell the tale”, memorable phrase of the Colombian writer Gabriel García Márquez or Gabo as their friends called to him, who passed away Thursday April 17, 2014, at age 87.

A man of many professions. Writer, novelist, screenwriter, journalist and Colombian storyteller. Author of Cien Años de Soledad, novel that led him to fame and one of the main exponents of magic realism. His literary quality and success in sales earned to him the Nobel Prize for literature in 1982, due to his foray into this genre.

Gabriel José de la Concordia Garcia Márquez was born in Aracataca, on March 6, 1927. He grew up under the care of their maternal grandparents, receiving a strong influence from them. The grandfather, a liberal Colonel, veteran of the thousand days war and her grandmother, on the other hand, filled the House with ghost stories, then inspired the character of Ursula Iguarán, of his novel Cien años de soledad.

While studying law, he reinforced his dedication to reading, especially with the metamorphosis of Franz Kafka, where he got inspired by the magic and fantasy of this novel.

As a storyteller, he has 28 writings, tales and stories. His first story was the La tercera resignación, published in 1947 and the last call, Doce cuentos peregrinos, published in 1992.

La tercera resignación, was published in 1947 in a liberal newspaper called El Espectador Bogota, where dabbled in journalism writing for the newspaper El Universal in Cartagena, El Heraldo de Barranquilla, the independent, among other media, which mentions that it served as a tool to “not lose contact with reality”.

For La hojarasca, his first novel, although the criticism was excellent, most of the Edition stayed in Winery, but Cien Años de soledad, sold out its first edition of 8000 copies, in two weeks. According to the virtual center, Cervantes, the reception of this book, became the title and its magical realism in the mirror of the Latin American soul.

His novel Love in the time of cholera was published for the first time in 1985. Inspired by the love story of his parents, to what Garcia Marquez explained in an interview: “the only difference is that my parents were married”.

The popularity of his writing also led to a friendship with powerful leaders, including former Cuban President Fidel Castro, causing controversy in the literary and political world, pointing out that Marquez had an admiration and desire to be close to power. However in an interview with the journalist Claudia Dreifus in 1982, said that his relationship with Castro was based mainly on literature.

Having already achieved fame, created important friendships and being the first Colombian and the fourth Latin American to win the Nobel Prize in literature, began to emerge early indications that gradually would affect his health. Diagnosed with lung cancer which was extirpated in 1992 and in 1999 at age of 72 a lymphatic cancer.

This event made him to return to writing to what the writer said in an interview in the year 2000 to the newspaper, El Tiempo of Bogota, that for fear of not having time to finish the three volumes of his memoirs and two books of short stories, he disconnected from social life and dedicated himself to write every day without interruption from eight in the morning until two in the afternoon. Thus he also mentioned that he returned to journalism, music and overdue readings.

At the beginning of July, 2012, by comments from his brother Jaime, ran the rumor that the writer suffered from senile dementia, but a video that celebrates his birthday in March 2012 served to dispel the rumor.

However, in April 2014 was interned at the National Institute of medical sciences and nutrition in Mexico, D. F., due to a relapse product of the lymphatic cancer that had come to affect the lung, lymph nodes, and liver, surprising him and the whole world with his death on April 17, 2014.

Soon as became known his death, social networks were flooded with message of lament. The Colombian President Juan Manuel Santos; as the music stars , Shakira and other characters from different spheres published their affliction with the news.

A multifaceted, character example for future generations of writers and journalists, Garcia Marquez, despite his death continue being considered as an important part of the Latin American Boom of literature and his legacy will endure immortal through the years.