The ‘influencer’ Lavinia Valbonesi shares her happiness on the social networks; she married Assemblyman Daniel Noboa

Six weeks ago, he announced on his Instagram account that he would marry the “love of his life”, Daniel Noboa (son of Álvaro Noboa and Anabella Azín), with a photo without poses and quite simple of the two. Thus, the fitness and nutrition specialist Lavinia Valbonesi (24 years old) shared the news that astonished and delighted her 138,000 followers. This happened a year and eight months after starting his relationship with the assembly member (Ecuatoriano Unido movement), as he explained it in a response, he gave in one of the dynamics that he sometimes performs on the social network (Instagram). 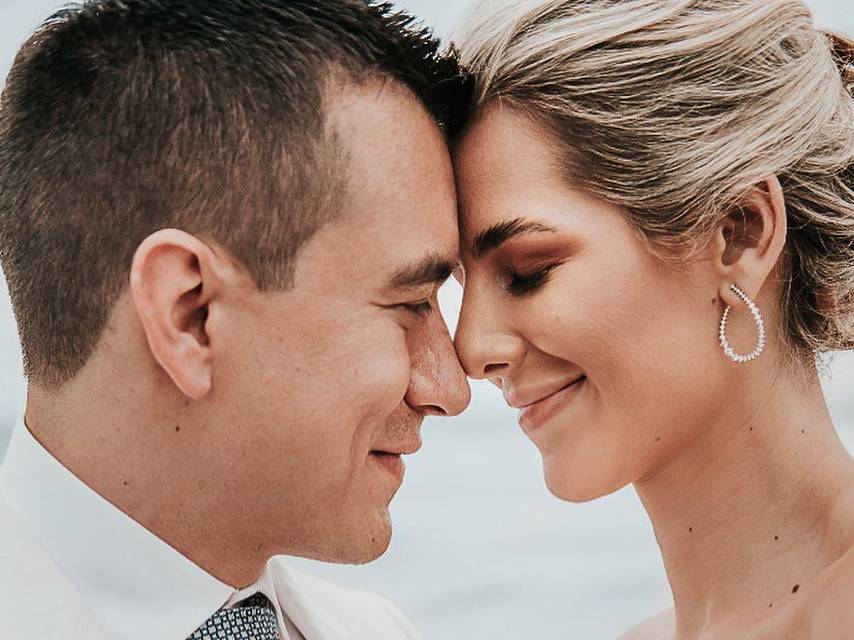 Lavinia Valbonesi and Daniel Noboa got married on Saturday, August 28, 2021.

But that she got engaged was perhaps not the biggest surprise, rather the wedding preparations began quickly to formalize the union as soon as possible. This is how, six weeks later, Valbonesi and Noboa are already legally married.

Their marriage took place on Saturday, August 28, attended by family and friends of the couple. The chosen setting was the beach, as the also model had commented that she always knew that she wanted her marriage to be on the beach, that that was the only detail she knew about what she wanted on that special day.

And of course, it was special, because in addition to bringing family and friends together, Lavinia’s pets were able to be present. La Morsa and Matcha, that’s what their two dogs are called, who entered with some necklaces decorated with flowers. “I just couldn’t stop showing my ladies!! Applause for my babies who made it wonderful, but a DOUBLE one for Matcha cha!! That she behaved like a queen”, the young woman put in a post.

In the same dynamic that was mentioned above, in which she asks questions and gives answers to her followers, they frequently ask her when she plans to have children with Daniel Noboa, to which she replies: “Prompt.” It is not the first time that he has given that answer since his engagement.

Another question she cleared was why she didn’t get married in the church. Daniel Noboa had previously been married by the church, so this time he could not do it with his current wife. Eleven years are those that separate Noboa and Valbonesi in age, however, with almost two years of stable relationship they decided to form a life together.

At this moment they are on their honeymoon for about 20 days. Her first destination is Madrid, and her followers hope that she will continue to share this new stage in her life through social networks. (E)

Shortages and unprecedented escalation of costs, to more than 40%, impact the national cardboard sector