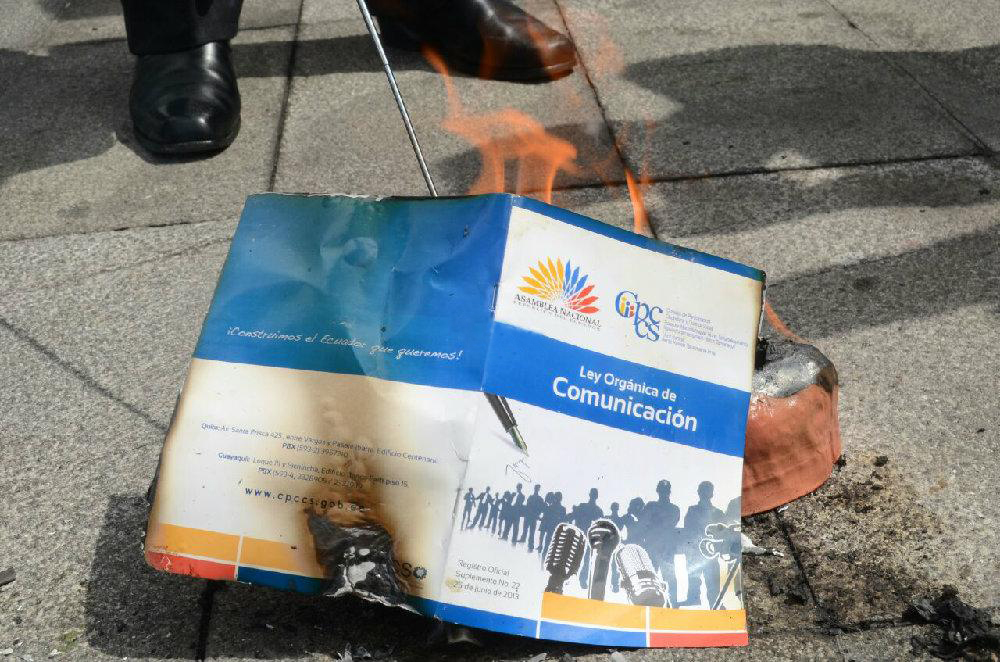 At the foot of the Eugenio Espejo monument, an icon of the Ecuadorian journalism, in the center of Quito, a copy of the Law of Communication was burnt.
While the text was consumed by the fire, the guild president, Guadalupe Fierro, encouraged several communicators to shout slogans for the “courage of Ecuadorian journalism.”

And this event marked the day with which the Day of Journalism was commemorated in Ecuador, in the square that was built in honor of those who exercise this office, which is located in the 24 de Mayo Boulevard.

In his speech, Fierro demanded that presidential candidates speak out in the defense of freedom of expression in the country.
He said that this right had been violated with the Communication Law, approved in the current regime which, he said, contains “invisible forms of censorship.”
Fierro defined the Superintendency of Communication, which was created with this standard, as “a shame for the democratic institutionality of the country.”
He also lodged his criticisms of the radio frequencies bid that is currently being carried out by the State and questioned that 70 radio frequencies had been “confiscated” in Azuay.
Fierro and leaders of the Ecuadorian Journalists’ Circle demanded the suspension of the bid.

Lenin Moreno mentions the possibility of an own currency