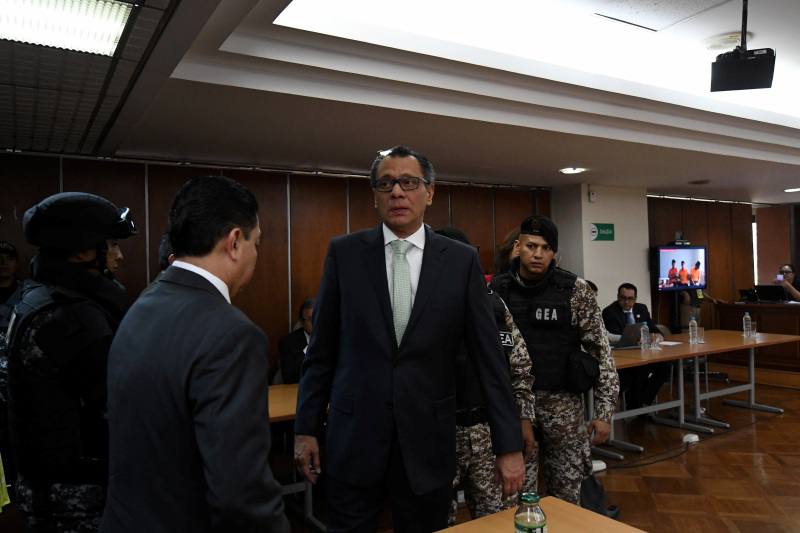 Refrain, absent or send alternates are the options used by the members of the Supervisory Commission to evade their vote when deciding whether or not the request for impeachment passed to the Plenary Assembly.

To this it is added that the Legislative Administration Council (CAL) when assuming filed three applications. During this period, twelve trial requests were filed: three were not admitted for processing; three with censorship; three without definition and three rest in the office of the president of the Assembly, Elizabeth Cabezas.

The three requests that were not admitted, when José Serrano presided over the Assembly, were: the first trial request against former Vice President Jorge Glas, the Council of the Judiciary and former Minister of Education Augusto Espinosa. The three who received the censorship: former Comptroller Carlos Pólit, former communications superintendent Carlos Ochoa and former Attorney General Carlos Baca.

And the three lawsuits that passed to the Supervisory Commission, but that did not find votes and political decision to go to the Plenary, were to former Vice President Jorge Glas; to the five members of the Judicature; and the superintendent of Banks, Christian Cruz.

The latter two received criticism from all political sectors for lack of definition, and opened a debate within the CAL to begin an evaluation process for the twelve legislators of the oversight board. According to Patricio Donoso (CREO), it will be part of a resolution that would be taken this week.

Vicente Taiano (PSC-MG) affirms that the work of this commission is deficient in front of the expectation that was sown at the beginning of the period; and its members lost the opportunity to show the country that there was a change not only in style, but in attitude.

Sofía Espín (RC) says that the CAL does not have the power to evaluate the commission, and that the criticisms must be substantiated, because in the case of the trials of Superintendent Cruz and the Judiciary, they were poorly stated and poorly supported.

Espin in the trial of the superintendent was absent as Hermuy Calle (AP); while Lira Villalba (RC) voted against Daniel Mendoza (AP). In that session Karla Cadena (AP) abstained, while Kharla Chávez sent his deputy, who also abstained. There were no more than six votes for the trial to pass to the Plenary, and the process remained in “limbo”.

In the trial of the five members of the Judicial Council, there were no votes to file or to allow the process to go to the Plenary.

The proceeding against Glas was suspended by decision of the commission’s president, María José Carrión (AP), who sent a report to the Presidency of the Assembly stating that there was no way to prosecute a former vice-president, whose position was declared abandoned.

Silvia Salgado (PSE-AP) challenges the CAL to evaluate and “do anything”, because an administrative body cannot influence “political decisions”.

Raúl Tello (BIN) considers that the control agenda is tied to the interests of those who direct it, and affirms that the last votes respond to “some blackmail of some commissioners, who aspire to obtain some perks and press for their votes”.

Homero Castanier, of CREO, says that the Assembly is passing “a shame and is owing to the country with these processes of failed trials”, and that abstaining or sending alternates is unpresentable, only by political pressures.

Yesterday, Castanier in a meeting of heads of the legislative blocs convened for 3:00 p.m., planned to raise the issue of the Commission of Oversight and requests for pending political trials, but the president of the Assembly did not arrive at the meeting appointment. He said he will insist. 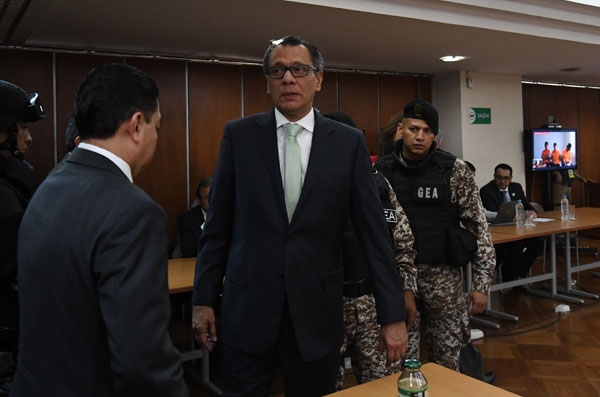 In December 2017, the Legislative Administrative Council qualified the trial of 63 assembly members, accusing the then vice president of bribery, embezzlement, concussion and enrichment committed in the execution and management of several works within the so-called strategic sectors that were under Jorge’s responsibility. Glas.

The president of the Supervisory Commission, María José Carrión (AP), determined that since the Assembly declared on January 6, 2018 the definitive absence of Glas in the position of vice president, the process could no longer be followed. There was no resolution as Commission, but a report from Carrión. 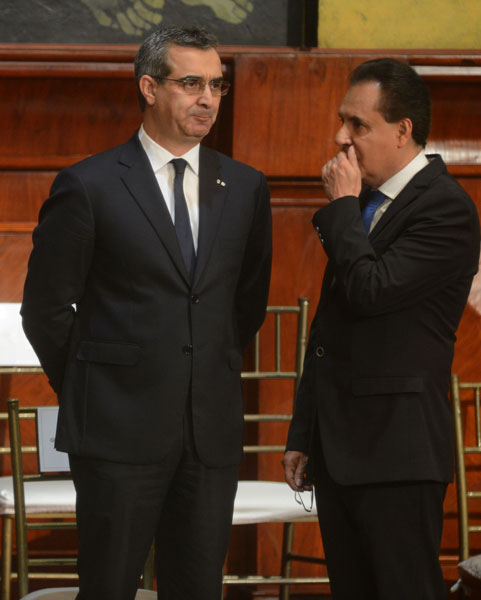 In May 2018 the CAL gave way to the request for impeachment against Gustavo Jalkh and the vowels Néstor Arbito, Karina Peralta, Alejandro Subía and María América Dávalos, for breach of functions and interference in the judicial system during the government of Rafael Correa, and irregularities in the selection of personnel and competition of prosecutors.

Voting: Report to move to Plenary. 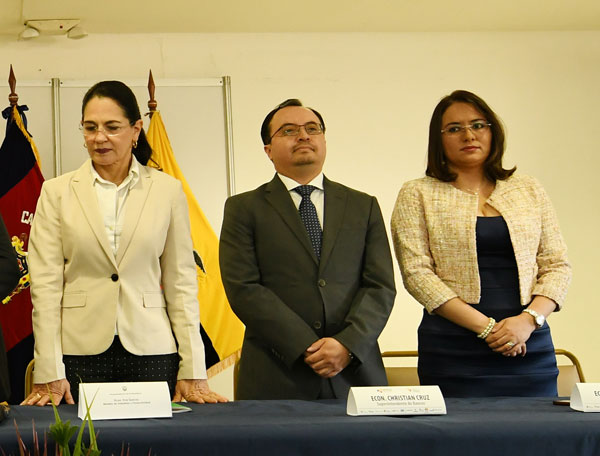 On June 19, 2018, the CAL qualified the impeachment trial against the Superintendent of Banks requested in November of 2017, for breach of duty by failing to control the administrative management of the Ecuadorian Social Security Institute, by the elimination of the balance sheets of the debt that the State maintains with the IESS for more than $ 2,800 million.

Voting: For the motion for the process to pass to the Plenary of the Assembly. José Carrión and Silvia Salgado (AP), Homero Castanier (CREO), Jimmy Candel and Raúl Tello (BIN) and Ramón Terán (PSC).

Carlos de la Torre: On February 8, 2018 Tanlly Vera and Rina Campaín, from CREO, and Carmen Rivadeneira (RC) presented a request against the former Minister of Finance for the transfer to the treasury account of $ 300 million from the fund destined to affected by the earthquake of 2016.

María Fernanda Espinosa: May 31, 2018 A group of CREO, PSC, SUMA, BIN, presented a request for impeachment against the now ex-chancellor for the handling of the border crisis and other issues. After 53 days, it is still not known to the CAL.

Diego García: On June 18, 2018, Mae Montaño (before CREO) filed the request against the former attorney for abrogation of functions and the negligence case in the judicial representation of the State in the criminal trial against the former vice president. García resigned the position on January 31, 2018. This request has not been made known to the CAL either. (I)