The local chocolate has a space on the chefs table 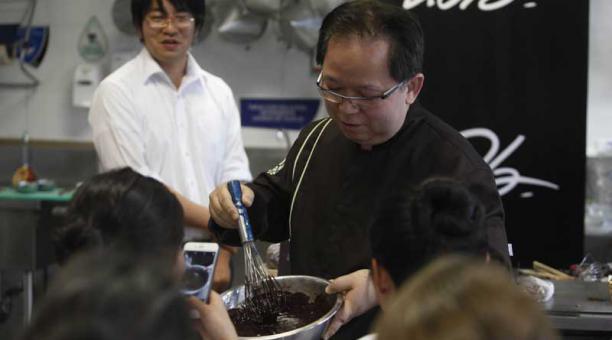 Although some competitors in the chocolate industry, such as Peru and Venezuela, have strengthened, Ecuadorian chocolate remains firm in this segment on an international scale.

The popularity of Ecuadorian cacao boomed in the seventeenth and eighteenth centuries in North America and Europe. According to Lourdes Páez, author of the book ‘Ecuador Tierra de Cacao’, Ecuadorian cacao has been very important in the world of high chocolate. He even points out that it is known as the ‘cocoa improver’, as he says that its marked flavor will improve any combination.

What is never missing, according to Páez, is a product with Ecuadorian cocoa among the great chocolatiers of the world. Pierre Marcolini, in Belgium, maintains a line of chocolates with cocoa of special origin. The chocolatier even visits the Ecuadorian plantations to find different aromas for his clientele. In France, the Maison du Chocolat has combinations of chocolates with spices and among its lines are chocolates named Quito or Guayaquil.

While in Germany, the chocolatier Rausch works with cocoa from Los Ríos and Esmeraldas for its massive products.

But in addition to the primary product, the boom of chocolate produced in Ecuador has transcended borders. Each year the chocolates collect international prizes. According to data from Pro Ecuador, in 2017 the brands Conexión, Angovi, Hoja Verde, República del Cacao and Pacari won awards in different categories at the International Chocolate Awards-Americas Competition.

Ecuadorian chocolates are already tasted around the world and now chefs not only work with cocoa but with the by-product.

Yanina Bloch, pastry chef and chocolate maker from Argentina, has been cooking for a year with the Republic of Cacao. For her, the fluidity, quality and taste makes each chocolate unique. Japanese chef Koji Tsuchiya visited the country in April and commented that the floral fragrance and acidity of the Green Leaf chocolate allow him to create chocolates of excellent quality.

Santiago Peralta, founder of Pacari, says that his chocolates have reached chefs in Japan, England and Italy. For example, Paul A. Young, the famous English chocolatier, won the International Chocolate Awards two years in a row for his production of Pacari chocolate truffles.

The followers of the national cocoa continue adding to the local chocolate for its quality. (I)