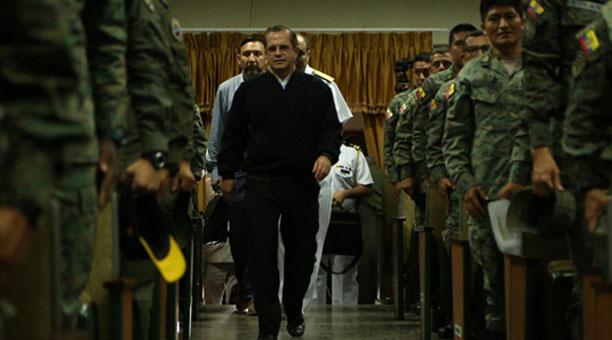 “I do not want my pension to be affected; so before they approve the new rules, I’m leaving”, confessed one military to Diario El Comercio are reforms to the Social Security Law. Three of his colleagues, who are also speeding up their departure, think the same. One of them said he wants to “ensure retirement pension,” because with the regulatory changes, the calculation for the retirement amount will change. The initiative states that the amount is calculated on an average of the top 60 salaries. Currently, this value is obtained from the last wage earned by uniformed as an active soldier.

The military authorities are aware of these requests. In fact Luis Castro, commander of the army, warned publicly that this could happen. The military chief said -in his speech on August 10, in which he asked that the reforms were filed if there was an absence of a consensus- which made the request for the “welfare of the institution” and that national security is not affected by a “massive and premature departure” of the soldiers.

The Executive´s projetc also presents changes in pension increases and years of service. In the Military Security (ISSFA) uniformed output was also analyzed, and Castro’s speech was taken as a message to reassure the troops. So says Bolivar Silva, representative official on the Board of ISSFA. On Thursday, the Military Insurance Vocal said that the departure of soldiers because of the reforms is a “matter of concern”. He even states that each Force commanders visited military deals to talk to the troops and persuade them to stay.