The mining industry will push the local economy this year 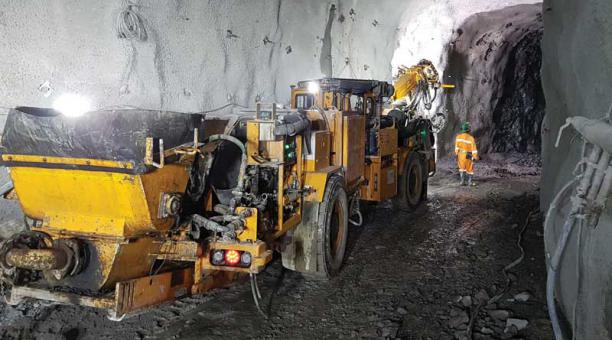 The mining industry will be one of the activities that will leverage economic performance during this year 2018. It is a sector that not only is gaining importance in the national economy but, like oil, in the state budget.

The progress of large-scale mining projects such as Fruta del Norte, Mirador, Rio Blanco, Loma Larga and San Carlos Panantza will boost investments, tax collection and employment this year. The first three are the projects with the greatest advances. In addition, there are two other projects that the Ministry calls second-generation, due to being in an exploration stage: Cascabel and Llurimagua, both in Imbabura.

The previous government perfected the legal framework to eliminate disincentives for this activity and that translated into new investments. According to the Minister of Mining (e), Rebeca Illescas, this year USD 1 billion is expected. For Andrés Ycaza, vice president of the Mining Chamber of Ecuador, the largest amount will be for the construction of mines and, to a lesser extent, for exploration. Fruta del Norte, the largest gold project in the country, is in the construction phase of the tunnels of the underground mine.

The investment peak will be recorded between the end of 2018 and the beginning of 2019, said Ron Hochstein, president and director of Lundin Gold, the concessionaire of this project. The activity in mines and quarries contributed to the Ecuadorian State USD 717 million in 2017, which includes the payment of taxes and mining royalties; this is 56% more compared to 2016, when 460 million were raised, according to the Internal Revenue Service.

The Government expects to receive USD 50 million this year only for anticipated royalties. At the end of last year, the five projects generated some 5,000 direct jobs. But we must still work on human talent, because the country has no mining experience, but oil. “Companies must supply qualified labor with foreign companies domiciled in the country. Providing skilled labor and local firms is a challenge, but we are sure that we can get more local firms to participate and gain space, “said Illescas.

In Fruta del Norte 2,000 people work (including contractors), but the figure will rise, said Hochstein, and said that they created training programs, in coordination with the State, especially for the communities of influence of the project. Río Blanco is in the exploitation phase. In the construction phase of the mine, which will last between one and a half years and two years, it will require 350 people. The works started on December 3. They currently have 188 employees. Of these, 128 belong to the communities surrounding the project.

Xavier Sanchez, assistant manager of the Social and Environmental areas of Ecuagoldmining, explains that at the beginning of next year he will give the State the first royalties based on production. Because they are medium mining, they do not give advance royalties. The INV firm, in charge of Loma Larga, plans to deliver an amount of USD 15 million in anticipated royalties, on pre-established dates according to the project’s development agenda. The first disbursements will be made when the exploitation contract is signed, it is expected by 2019. (I)