The Mipro puts new rule to imported and local tiles 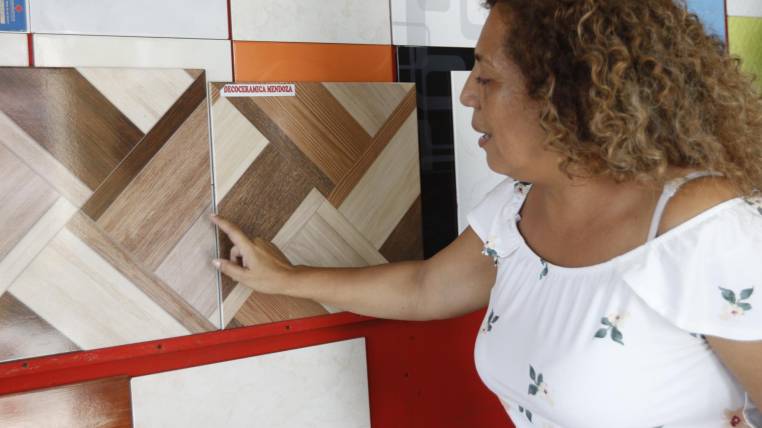 A new difference of opinion is opened between the Ministry of Industries and the union of imported tiles. For the State portfolio, the new rules that have been put are aimed at ensuring the quality of the product and preventing risks to life, human security and the environment, as well as avoiding practices that may mislead consumers. While for Dalila Gómez, president of the Association of Importers of Flat Ceramics (Asimcep), is another barrier to stop imports, because before they could enter the country 5,000 square meters of tiles without having to go through the quality tests and now have than do it every square meter.

According to Gomez, complying with this will mean taking more foreign currency out of the country, when it is what you want to avoid. Therefore, it considers that there is a contradiction between what the Government plans and what it ultimately does.

For the guild, other effects are that it will limit the variety of the products and that the final customer will pay more.

Warns that if the presence of the foreign product decreases, the national can raise prices more by lowering the stock on the hangers; and in the end, once again it is the small and medium businessmen who are most affected, since they will have to have more money to pay the certification per square meter and per variety.

After the interview with Gómez, EXPRESO toured Avenida Machala and Francisco Segura, where construction materials are sold. The majority thought the same as the guild. Rosa Acosta, merchant, said that 10 years ago in their premises 90% of the tiles were foreign, now they are 50% and 50%. Although the imported product is cheaper by 5% and the distributors give more facilities to pay. He stressed that sales are just rising and with this he is paying debts of 2016, at her discretion, the worst year for construction and his business: his sales fell by up to 60%.

For his part, architect Iván Gutiérrez indicated that due to the drop in sales between 2014 and 2016 he had to reduce his store from 6X12 meters to 6X6, thus saving $ 1,000 a month in rent. Therefore, he hopes that those days will not return and that the slight recovery that they begin to continue will continue.

According to the merchants, the products that arrive are of quality. Julio Orellana, of the commercial JR, stressed that those who buy are people who are knowledgeable in the matter, therefore they can distinguish between a resistant tile and another that “looks like a cookie”.

Customers are also worried about the news, fearing that the prices of the material will rise. Graciela Zerna, who bought at a local José de la Cuadra avenue, south of the city, said that with a loan unsecured is making the second floor of his house and fears that it will not reach if the new rule causes the increase in cost of the tiles.

Another issue that worries them is the rumor that the only laboratory that must certify the tiles would not have 180 days to make the necessary changes. This despite the fact that the regulation published in the Official Registry does grant that time. The guild expects the 180 days to be maintained. If this is not the case, the containers with tiles will accumulate in the yards of the Customs, harming the importer, the client and the market, because without the quality certification it is not possible to remove the containers. (I)

The drought damaged 49,000 hectares of corn in Manabí