The investigation into the murder of Jorge Gabela Bueno , former commander of the Ecuadorian Air Force (FAE), took a new course, although still without results. 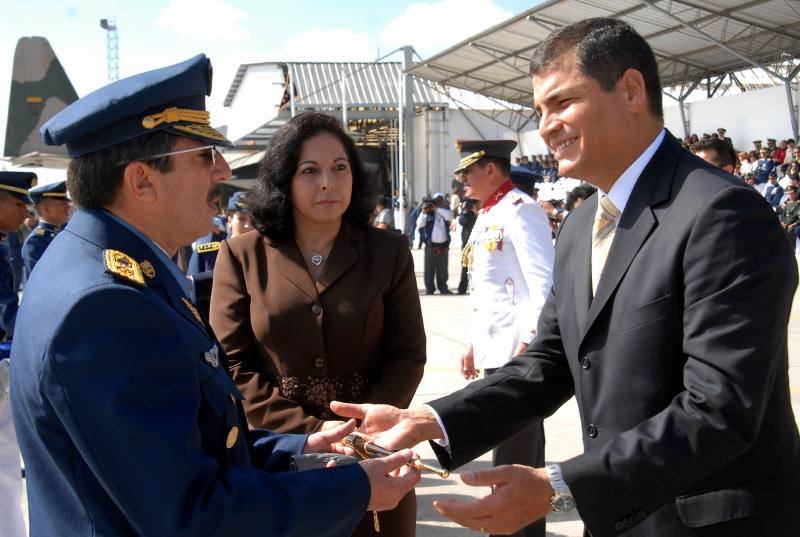 Today, ten years ago, Gabela died at the Luis Vernaza hospital in Guayaquil in the early morning hours. His death occurred ten days after on December 19, 2010, two subjects entered his home in the Tornero del Río urbanization, on the road to Samborondón, and shot him at the height of the clavicle, when they staged a persecution of his daughter Anahí Gabela.

The incident was investigated as a common crime and they were accused of the murder of General Teófilo Melendres, Julio Sánchez, Jaime Arias, Tony Terán and Máximo Torres.

Patricia Ochoa, Gabela’s widow, has maintained in these ten years that her husband’s murder was due to allegations of alleged irregularities in the acquisition of seven Dhruv helicopters that the FAE made in 2008, from the Hindu company Hindustan Aeronautics Limited (HAL ) for $ 42 million, of which four crashed and the remaining three are inoperative.

Although his death was declared a common crime, even by a so-called Inter-Institutional Committee created by the Rafael Correa government, the Prosecutor’s Office would be taking a new direction, since the case was referred to the Truth and Human Rights Commission.

In accordance with the reforms to the Comprehensive Criminal Code, in paragraph 4 of article 16, offenses of aggression against a State, such as genocide, against humanity, forced disappearance of persons, among others, are “imprescriptible, both in action and in the sorrow”.

He has been in research for two years without progress in results; and the family and its defense are asking for answers.

The defense of Patricia Ochoa, the lawyer Ramiro Román, explained that the case passed to the Truth Commission by order of the former attorney general (e) Paúl Pérez Reina, because there is data that would account for a possible extrajudicial execution. “The family had provided data, had requested a broader investigation by the Prosecutor’s Office and their decision was to join the Truth Commission to be investigated as a human rights case. The tonic in the investigation of the Prosecutor’s Office was totally changed, from a common crime to a human rights crime, ”he explained.

The information is handled with secrecy, but the aspiration is that a hearing of the formulation of charges be made way for the process to be public.

A first step to get to the “truth”, according to Román, is the reopening of the investigation into the purchase of the Dhruv for the alleged crime of embezzlement against the former Defense Minister, Javier Ponce, and 18 other people.

“Every investigation adds up and a conclusion will be reached on the extrajudicial execution of General Gabela, because for having denounced the Dhruv, he was persecuted, his family was persecuted. And when the Dhruv began to fall, the general was alive, and he realized what was happening and that persecution is coming from there, ”said Román.

Foreign expert Roberto Meza Niella, who was hired by the Ecuadorian State to investigate the murder of the former commander, also revealed that he learned that there would be a “new theory of the case.”

“I don’t know if new questions will be opened, new masterminds …”, he said in an interview on the Al Día interview program with Carlos Vera in early December.

But he revealed that in his investigations “yes” the intellectual authors of Gabela’s death were established, even with information from this Inter-institutional Committee.

And he indicated that the intellectual authors were “directly involved with the complaints” that Gabela made around the purchase of the helicopters.

One of the reports that determine that what happened with Gabela was a “crime of the State” was that of the Multiparty Commission of the National Assembly, which was approved in November 2018.

There it was established: “From the aforementioned conclusions, it can be established that there is sufficient and constant evidence of non-observance of the law incurred by servants in the exercise of their functions, as well as the possible existence of a State crime.”

That Table was chaired by the President of the Legislature, César Litardo , in which the Financial Analysis Unit (UAFE) was even asked to investigate the assets and financial movements of officials and former officials, and their families, which number about 50 people who they were involved in institutional actions regarding the case, and in the purchase of the Dhruv helicopters.

Among them, former President Rafael Correa, ministers of state, generals of the Armed Forces and a prosecutor.

In any case, Román, on behalf of Ochoa, cries out because “the truth be told.” “We are talking about ten years of the extrajudicial execution, but two years before the Dhruv were hired, we are talking twelve years of the purchase. And since the government of Rafael Correa and Lenín Moreno, the case is still under investigation. The State must move forward, within reasonable human rights terms, ”he said. (I)

THEY MAKE FUN OF THE ECUADORIAN PEOPLE !!!

Faced with an increase in COVID-19 cases, Guayaquil will install tents to care for patients who arrive from other locations