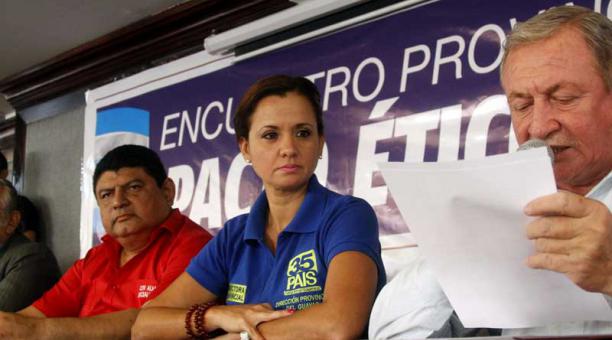 Marcela Aguinaga maintains in her position: “there has been no proselytizing, there were only coincidences.” She repeated this yesterday in Guayaquil during the signing of the ethical agreement proposed by President Rafael Correa by the United Front.

Just one day before, Juan Pablo Pozo, president of the National Electoral Council (CNE), announced on his Twitter account that, after a complaint, a file on the case was opened. In addition, the Oversight Directorate shall submit a report to the plenary of the CNE. But Aguinaga, second vice president of the Assembly and Director of Alianza Pais in Guayas, said they have not yet received a notification from the election authority. She also clarified that they have the right to conduct the investigations they deem necessary.

Alfredo Palacio: “I would have expected more of Correa”