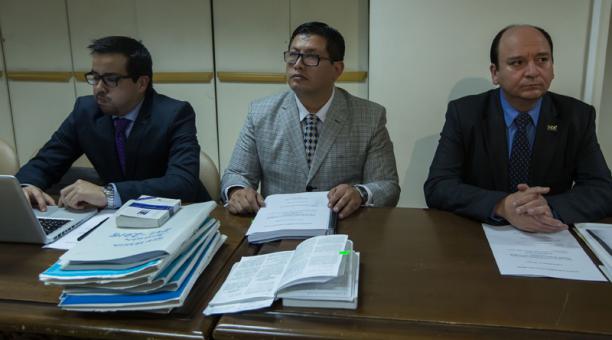 Pedro Delgado, former president of the board of the Central Bank, is facing a second criminal case for alleged illicit enrichment, after the prosecution had filed charges against him on the afternoon of Monday, May 29, 2017.

Attorney General Carlos Baca intervened in the hearing against Delgado, which was held before Judge Jorge Blum, of the Criminal Chamber of the National Court of Justice.

Baca submitted 11 evidence of the alleged crime, including Delgado’s sworn statements and the National Audit Office´s report, documents detailing assets for USD 1 million that the former official could not justify, like a house bought in the United States and several bank accounts.

The prosecutor requested the detention of Delgado, (who has been a fugitive in the United States since 2012, when he publicly acknowledged that he forged his university diploma).